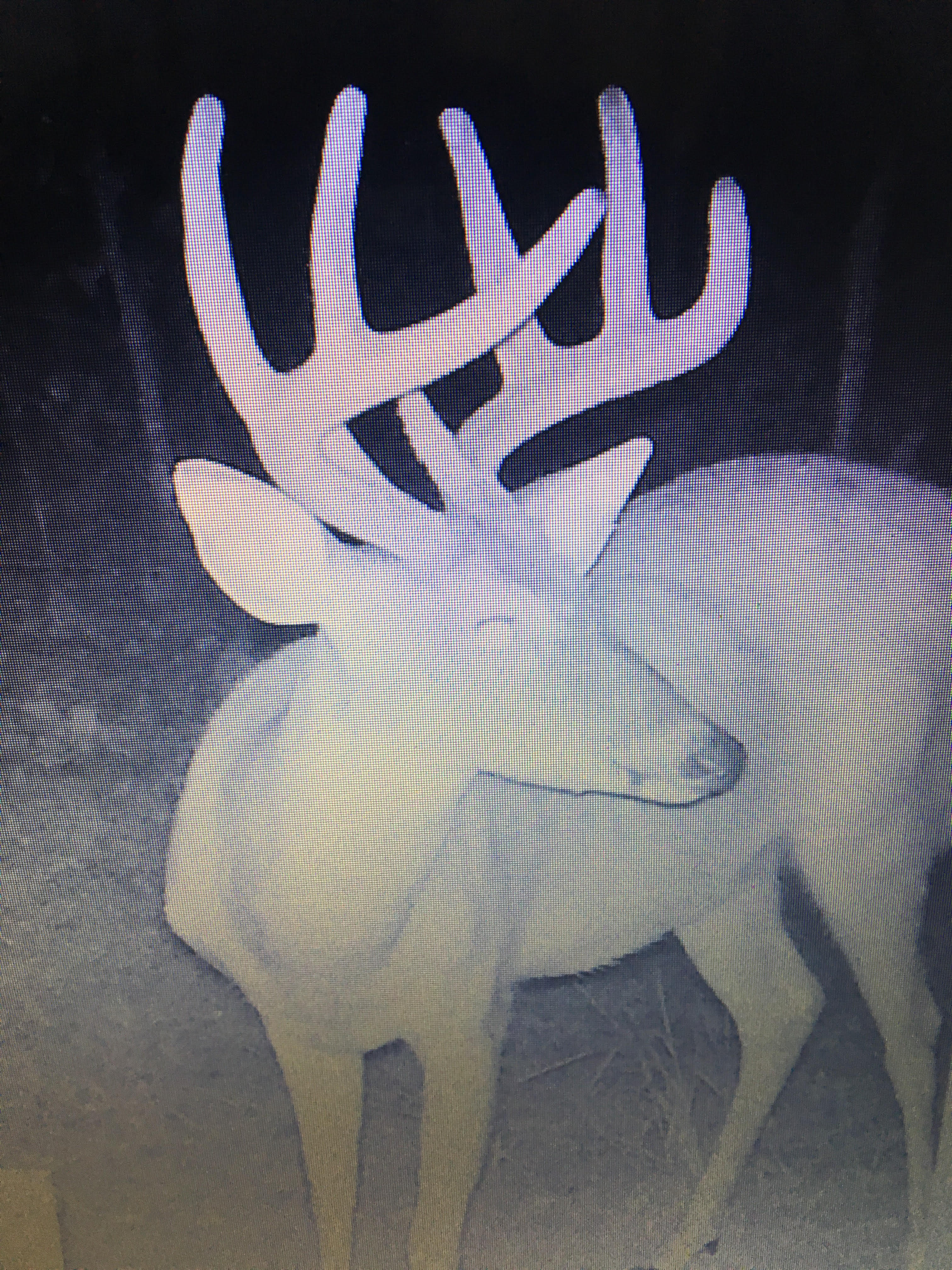 There will be a 3-D Broken Arrow Archery shoot Sunday September 8 at Beaver Lake CR 325 E Jasper IN. This will be the last shoot of the year. Sign-in will be from sunrise till noon. A practice range will be available, and concessions will also be sold. There are new lower prices for entry fees. The entry fee is $10 for all adults, $8 for children age 11-17, and free for the cub class (10 and younger) and active military members. From Jasper, take State Road 164 east to County Road 325 East, turn left and follow the road to the clubhouse on the right. For more information , call cliff fleck at (812)630-0454 or karla brames at 8128273756.

Austin VanBritson, age 21, and Garrett Hoss, age 19, both of Evansville, were charged with poaching white-tailed deer during the 2018 hunting season in the Vanderburgh County Superior Court.

VanBritson was entered into an informal deferral program through the Vanderburgh County Superior Court on April 26, 2019. VanBritson received a two-year revocation of hunting privileges, was ordered to attend a Hunter Education Course, received 24 hours of community service, and forfeited the rifle used to take the deer. In addition to court-ordered fines and penalties, each were ordered to pay a $500 replacement fee to the DNR for the illegally taken deer.

Indiana Conservation Officers received an anonymous tip on Oct. 31, 2018 that a white-tailed deer had been illegally taken in Vanderburgh County the previous day near the Thunderbolt Pass Golf Course in Evansville.

Indiana Conservation Officers Keith Wildeman and Matt Porter responded to conduct surveillance of the area. After several hours, VanBritson and Hoss arrived to retrieve the illegally taken deer, and the officers apprehended the suspects in the act.

Investigation determined that VanBritson shot an eight-point buck using a .270 caliber rifle on the previous day after legal hunting hours. VanBritson told the officers he shot the deer as it was standing in a bean field on the north side of Petersburg Road across from the golf course. VanBritson said he located the deer in the evening, then waited for a break in traffic before he stood up through the sunroof of his vehicle and shot across the roadway with his high-powered rifle.

VanBritson and Hoss returned the next morning and located the wounded buck. VanBritson then shot and killed it with a bow and arrow. The men then left the scene, intending to return after dark to retrieve the deer.

In a separate and unrelated incident in January 2018, VanBritson and Hoss were charged with hunting without landowner consent and illegal possession of a white-tailed deer in Posey County.

If you or a young hunter needs to take an Indiana Hunter Education course there’s one coming up at the Graber Post Sports Complex in Odon, IN Monday, Sept. 9 through Thursday, Sept. 12 from 5:30-8:30 PM each evening.  Attendance at all sessions is mandatory.  You will be taught firearms, archery and treestand safety plus a whole lot more.  Pre-registration is required.  Call 812-698-1632 or 812-254-7538 for more details or go to pass it on Indiana dot com to register.

The St. Philips Conservation Club in Evansville is hosting a Hunter Ed. Course Friday, Sept. 13 from 6-9 PM and Saturday, Sept. 14 from 8 AM to 4 PM.  Attendance both days is required for certification.  Children under 14 must be accompanied by an adult.  Lunch is provided on Saturday.  Times are Central Time.

The Washington Conservation Club is hosting an Indiana Hunter Education course on Monday, Sept. 16 through Thursday, Sept. 19 from 5:30-8:30 PM each evening.  Hunter Education is required by the state for anyone born after Dec. 31, 1986 in order to purchase a hunting license.  Attendance at all sessions is mandatory.

The Bedford Boat and Sportsman Club is sponsoring a course on Friday, Sept. 20 from 6-9 PM and Saturday, Sept. 21 from 8 AM to 4:30 PM.  Snacks and meals are provided.  They will be outdoors on Saturday. This class as are all the other Hunter Ed. Classes are free.

The Clarksville Bass pro Shop is sponsoring a Hunter Ed. Course on Saturday, Sept. 21 and Sunday, Sept. 22 from 1-6 PM each day.  You must attend both days to complete the class.  Please bring pencil or pen and highlighter.  To sign up for this or any Indiana Hunter Education Course go to pass it on Indiana dot com.

An Indiana Hunter Ed course is coming up on Thursday, Sept. 19 and Friday, Sept. 20 from 6-9:30 PM each evening and on Saturday, Sept. 21 from 8 Am – 4 PM at the Doverhill Christian Union Church located 4 miles north of Shoals on Hwy. 450.  All instruction will be by Indiana Conservation Officers and certified Indiana Volunteer Hunter Ed. Instructors.  There is no charge for attending the class.  To register go to www.passitonindiana.com. The course is sponsored by Doverhill Christian Union Church and West Boggs park.

Eastern copperheads (Agkistrodon contortrix) are Indiana’s most common venomous snake and occur throughout much of southern Indiana’s hill country and parts of west-central Indiana. Like Indiana’s other venomous snakes, copperheads have a triangular-shaped head, vertical pupils, and a small opening called a “pit” located between the eye and nostril that is used to detect temperature changes. This helps them sense heat emitted by warm-blooded prey like mice or chipmunks. Indiana’s copperheads typically have darker hourglass-shaped crossbands running across their bodies that are interspaced with lighter colored areas. The color combination can include brown, copper, chestnut, and gray. Their camouflage coloration can make them very difficult to see as they blend in very well with dried leaves. The tip of the tail may be yellow on juvenile copperheads, and most adults are around 2-3 feet long.

Several of Indiana’s snakes are mistaken for copperheads, including eastern milksnakes, eastern hognose snakes, and common watersnakes. But the hourglass crossbands and presence of a pit help distinguish copperheads from our non-venomous snakes. Copperheads usually reside along ridgetops and rocky areas in dry forested uplands, and will sometimes hide beneath boards or other debris. Steps to avoid being bitten by a copperhead include watching your step while hiking, carefully looking over and around a log before stepping over it or sitting on it, and using a flashlight when walking through copperhead habitat at night. If you are bitten by a copperhead, try to remain calm and seek medical attention right way. Copperhead bites are very rarely fatal; of those who have been bitten, it's estimated that less than 0.5% have died.

Despite being venomous, copperheads have a number of natural predators, including other snakes. Black kingsnakes, milksnakes, racers, and gartersnakes have been known to consume a copperhead. Other predators include coyotes, owls, opossums, house cats and even bullfrogs.

EHD has been a hot topic in the past few weeks. Hunters have been reporting dead deer that could have been EHD related.  Unless that deer is reported and tested by the DNR it’s not official. So here’s the latest information on EHD reported deer in Indiana. Of the 36 tested deer there have been 4 confirmed cases.  348 have been reported as sick or dead.  247 of those were already dead when found.  68 were reported sick and 33 were actually healthy animals.  Lab confirmed cases were 1 in Clark County, 1 in Perry County and 2 in Parke County.  Dubois, Spencer, Knox, Martin, Orange, Crawford and several other counties have reported suspected EHD cases but so far only 4 have been confirmed by the DNR. The DNR website deer.dnr.in.gov has a place where you can report suspected cases of sick deer.  Click on the link for Report a dead or sick deer.  The most recent significant outbreaks occurred in 2007 and 2012.