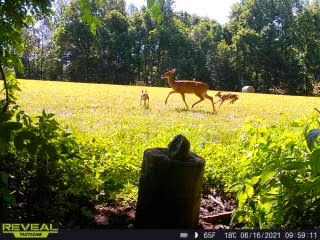 There’s been a lot of talk about the Tokyo 2020 Olympics especially about swimming with Evansville’s Lilly King competing.  Were you aware that Archery is one of the oldest sports in the world? Archers first competed in the Olympics in 1900. There were no standardized archery competition rules when it first started in  the Olympics. Because of the lack of standardized rules, Archery took a 52 year hiatus from the Olympics but returned in 1972. In 1904 it was the only event that allowed women to compete that year.

Since archery’s return to the Olympics, there have been several innovative rule changes to further test the skills of archers and make the events more exciting to watch. These include head-to-head competition and single-elimination brackets. Recurve is the only archery discipline featured at the Olympic Games. Medal events include men’s and women’s individual, and men’s and women’s teams. But there’s a big change on the horizon. For the first time in Olympic history, mixed teams will have a shot at gold – in the sport’s fifth medal event.

There will be 64 men and 64 women from around the world competing for gold in the individual archery competitions. Archers shoot targets, measuring 122 centimeters in diameter, from a distance of 70 meters. The targets have 10 concentric scoring rings, in five colors. The 10-point center ring measures 12.2 centimeters in diameter.

To qualify, every archer shoots 72 arrows and is ranked by their score. Archers then shoot in a single-elimination bracket, and these matches determine the winners.

In a match, each archer shoots three arrows per set. The archer who wins the set gets 2 points, and the loser gets 0. If they tie, each gets 1 point. The first archer to score 6 or more points wins the match. If the archers are tied at 5, they compete in a one-arrow shoot-off. The closest arrow to the center, as measured with a micrometer, wins. If the arrows are the same distance from the center, each archer shoots another arrow.

The Tokyo Games will include the first-ever mixed-team competition. Each team consists of the top-ranked male and female archers from each country. Each team shoots four arrows per set, two arrows per archer. The first team to reach 5 set points wins. If the set scores tie (4-4), the teams compete in a shoot-off, with each archer shooting one arrow. The team that gets closest to the middle wins the match. If the closest arrows are the same distance from the middle, the second arrows are compared.

In recent Olympic history, there’s been one dominant force in archery – the Republic of Korea. The country’s athletes swept gold in all four events at Rio 2016. Also impressive, the country’s women’s team hasn’t lost an Olympic competition since Seoul 1988. The Korean men’s team has taken four out of the last seven gold medals. That makes a total of 23 gold medals for South Korean archers. The United States has the second-highest number gold medals, with a total of eight.

The National Archery in the Schools Program otherwise known as NASP, is gaining popularity. The NASP program has the same basic standards for all shooters.  They all use the same bow, arrows and shoot at the same distance at similar targets.  The program also teaches archery safety and young people who are proficient can earn scholarship money for college.

There are currently 550 schools that have been trained in this program in Indiana. This equates to over 70,000 students whe are shooting archery as part of their in-school curriculum every year.  In Dubois County, all of Southeast Dubois School Corporation schools have the program. Southwest School Corporation has Southridge High and Middle Schools. Jasper has the High, Middle and Elementary schools and Ireland Elementary School will soon be joining the program.. Northeast Dubois has the High and Middle School. North Spencer just added the program to all of their Elementary schools as well.

Here are some basic archery safety rules that apply to all archers.  Always stay behind the shooter.  Keep your target a safe distance from backyard objects.  Beginning archers aren’t going to hit the target every time. You don’t want the arrow to ricochet off a garage wall or out building. Never put an arrow in the bow until you’re ready to shoot. Once you have the arrow in a bow it’s a live weapon and could spring off and hit someone. Always check your surroundings before loading the arrow keep it facing toward the safe zone where your target is. When pulling arrows out of a target or moving back and forth across your range always keep the sharp point facing down.  Never run or play with arrows.  They are weapons.

Patoka Lake Bowhutners will have a 30 target shoot on Sunday, June 20. Registration is from daylight to noon. Cost is $10 for nonmembers.  Active members pay $8.  Youth are $5 and active military and the cubs shoot for free.  For more info call 812-309-9373.