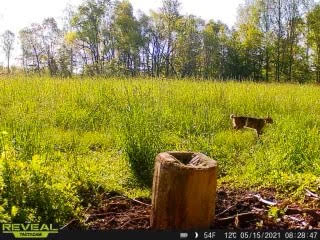 Indiana Conservation Officers are investigating a personal-watercraft (PWC) accident that occurred Tuesday morning at Lynnville Park. At approximately 9:34 a.m., a 16-year-old female started her PWC on the water at Lynnville Park. For unknown reasons, the PWC exploded, ejecting her into the water. A witness, Harrison Raisor, 19, of Evansville, was on shore nearby, witnessed the explosion, and pulled the juvenile out of the water. She was taken by StatFlight to St. Vincent Hospital in Evansville where she was being treated for severe back injuries. The juvenile was wearing a life jacket at the time of the accident. The cause of the explosion is still under investigation. Responding agencies included Warrick County EMS, Lynnville Fire, Elberfeld Fire, and St. Vincent StatFlight.

An Indiana man pleaded guilty to three felony counts of illegally harvesting American paddlefish and its roe. According to court documents, on three separate days in December 2015 and February 2016, Joseph R. Schigur, a licensed commercial fisherman, and his deckhand, harvested 96 American paddlefish from the Ohio waters of the Ohio River that he knew were closed to commercial fishing. After capturing the paddlefish using gill nets, Schigur transported each catch to his shop in English, Indiana, where the roe was extracted from the females and processed to make caviar and the carcasses were carved up into smaller portions, commonly referred to as “bullets.” The caviar and bullets were then stored in freezers on site for future sale to out-of-state customers. Schigur’s three fishing trips resulted in approximately 1,400 pounds of fish meat and 72 pounds of caviar, most of which was sold to commercial vendors in New York City. To conceal his illegal harvests, Schigur falsified monthly reports of commercial fish harvest and daily roe harvest reports by claiming he caught the paddlefish in Kentucky waters.

Schigur pleaded guilty to three felony counts of Lacey Act violation before the Honorable Judge Douglas R. Cole in the Southern District of Ohio. A sentencing date will be set upon completion of a presentence report. Schigur faces up to five years in prison, a $250,000 criminal fine, and a possible order requiring restitution payable to the State of Ohio.

Special agents of the Fish and Wildlife Services and law enforcement officers from both the Ohio and Indiana Department of Natural Resources investigated the case.

On May 24 The National Rifle Association Institute for Legislative Action (NRA-ILA) applauded the final passage of House Bill 1927, NRA-backed legislation that allows law-abiding Texans to carry a handgun for personal protection without paying a tax or obtaining a license from the state. HB 1927 does not affect previously issued Licenses to Carry and allows those who still wish to obtain a license in order to carry in states recognizing Texas permits to do so. It also does not allow anyone prohibited under state or federal law from possessing a firearm to carry a firearm. Once signed, Texas will become the 21st state, including Alaska, Arizona, Arkansas, Idaho, Iowa, Kansas, Kentucky, Maine, Mississippi, Missouri, Montana, New Hampshire, North Dakota, Oklahoma, South Dakota, Tennessee, Utah, Vermont, West Virginia, and Wyoming, to allow law-abiding individuals to carry a concealed handgun without a government-issued permit. The law will take effect on September 1, 2021.

In Indiana it is generally unlawful to sell or otherwise transfer possession of a handgun to a person under 18 except if the gun comes from the juvenile’s parent or guardian. It is unlawful for any person to sell or give a firearm to any person whom he has a reasonable cause to believe has been convicted of a felony, or is a drug abuser or under the influence of a drug, or is an alcohol abuser or in a state of intoxication, or is mentally incompetent. No state permit is required for the possession of a rifle, shotgun, or handgun.

The chapter of Indiana’s code concerning regulation of handguns does not apply to any firearm not designed to use fixed cartridges or fixed ammunition, or any firearm made in or before 1899. Inoperable handguns cannot be carried as they meet the definition of a handgun.

The following persons may possess machine guns: members of the armed forces, approved government agencies and law enforcement while on duty; machine guns kept as relics for display that are harmless and unusable; persons possessing or having applied to possess machine guns under applicable U.S. statutes as long as said machine guns are transferred in compliance with Indiana law; and persons engaged in a business that involves machine guns while or when acting within the scope of and in furtherance of such business.

Local government may not regulate the ownership, possession, sale, transfer, or transportation of firearms or ammunition.

There will be a 3-D Broken Arrow Archery shoot Sunday June 13th at Beaver Lake CR 325 E Jasper IN. Sign-in will be from sunrise till noon. A practice range will be available, and concessions will available. The entry fee is $10 for all adults, $8 for children age 11-17, and free for the cub class (10 and younger) and active military members. There will also be a new class for the kids in the archery programs at school. The fee for that class is $5. They will shoot from 8-12 yard stake (white stake). They will have to bring their bows from school. For more information, call cliff fleck at (812)630-0454 or karla brames at 8128273756

Indiana paddlers have an opportunity to observe wildlife while enjoying Indiana’s water resources. DNR would like more information about the wildlife that spend time around Indiana’s waterways and is asking paddlers for help. Volunteer paddlers will document wildlife they observe while floating, from June 1 to July 31, by completing paddling trip postcards. Volunteers will be mailed a packet upon sign-up. The information paddlers collect allows wildlife managers to estimate changes in key wildlife populations more accurately over time.