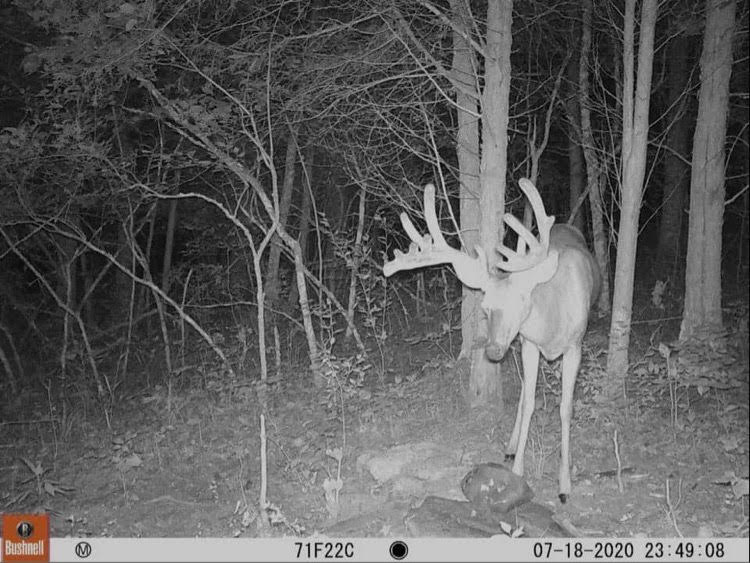 Indiana Conservation Officer Kiersten Forbey is retiring after 34 year of service. Nov. 1 will be his last official day on duty. Forbey, who began his DNR career in 1987, was assigned to Knox and Daviess counties and served as a firearms instructor, district armorer, hunting accident investigator, breath test operator, and background investigator. For almost 30 years, he has also served as an adjunct professor for the Conservation Law Program at Vincennes University. He was also active in wildland firefighting and has been deployed numerous times to fight fires in the western United States, holding the title of camp manager. Forbey was assigned to District 7, which includes Knox, Daviess, Martin, Gibson, Pike, Dubois, Posey, Vanderburgh, Warrick, and Spencer counties. During his career, he was consistently near the top of the district for annual boating hours and public appearances. He also was a leader in local hunter education programs and dedicated time speaking about the role and duties of a conservation officer. While on patrol, he spent most of his time on the local river systems at Glendale Fish & Wildlife area and Boggs Lake.

The weather has definitely turned to fall.  That means deer will be more active especially now that many of the crops are being harvested.

Scrapes are important communication centers for whitetails. Most biologists agree that deer use scrapes to send and receive messages to other deer in the area.  It can express hierarchy and lots of other signals.  The first thing you need to understand about hunting scrapes is timing. Whitetails can make scrapes year round.  If you find one in spring or summer it’s usually a community scrape used by many deer in the area. As summer gives way to fall the number of scrapes increases. Once the rut nears, it’s likely you could find these anywhere especially near field edges, food sources and staging areas.

Scrape use gradually increases up until the peak rut, which is when bucks area actively tending does then falls off for a week or two.  Then after peak rut the start to pick back up again.

Generally scrapes are located within bedding areas, on the fringes of those areas, in staging areas between bedding and food sources, transition areas and travel routes. Most field scrapes are made by mature bucks after dark. If you choose to put a trail camera over a scrape you should put one on scrapes within cover if you’re looking for daytime photos.

Existing scrapes are almost always better than mock scrapes that you create. Deer know where they are located and are already using them. You can however juice an existing scrapes especially with a scent dripper, which encourages more daytime use.

If you’re making a mock scrape start by finding deer sign on the area like a well-used trail. Find a low-hanging branch about chest high. Then clear the leaves, sticks and other debris from under the branch and center the scrape under it.  Apply deer scent like doe urine. You can also use a drag line to lead deer to the mock scrape.

Its important that you don’t touch the scrape with your hands. Use gloves and rubber boots around the area. Spray anything you accidentally touch and anything you leave behind, such as scent drippers with scent killer.

Understanding what types of scents work and when they are most effective is a very important piece of the scrape-hunting puzzle. During the rut it’s better to use estrus scent. Hang a trail camera to find out if bucks are using the area.  Next hand a tree stand near the scrape if you find out that a buck is using the scrape during daylight hours.

Reducing human scent is the most important thing you can do to improve your odds of harvesting a mature buck. You need to shower with scent-reducing soap and shampoo before every hunt. Use scent-reducing clothing if you can. Spray everything that you carry into the field with scent eliminating spray including everything you’re wearing. When not hunting keep your hunting clothes and boots in a closed container or scent proof bag.

You can stop deer in their tracks by using a grunt call. The downside is that it puts deer on edge because they are looking for the source of the grunt. This could put attention on you. Scent can stop a buck as effectively as a grunt while directing his attention away from your stand. Those who hunt the wind have the wind blowing from the deer toward your stand. Hang your scent wick in a shooting lane where you will have a broadside shot at the deer.

Hunt water holes especially in the mid-morning when bucks are cruising. Major weather fronts can also boost pre rut activities. Temperature change is a great opportunity to hunt as deer move more.  That movement increases their need for water. Evening hunts over food sources from bedding to those feeding areas are also good places to hunt during this time. Hunt morning stands during rut movement away from food sources. Deer move three times longer in the morning. Then they need to rest before cruising again in the evening on those food sources. The weather actually creates conditions where movement increases because it’s more comfortable.

If you’re like me the best time to hunt is when you can but improving the way you hunt can increase your odds. Since the introduction of the rifle season in Indiana many hunters believe that scent control isn’t that important since they can shoot up to 200 yards or more away in a field.  But think about those deer that are in the woods downwind of you that you don’t see because you got winded.  You never know what you don’t see.