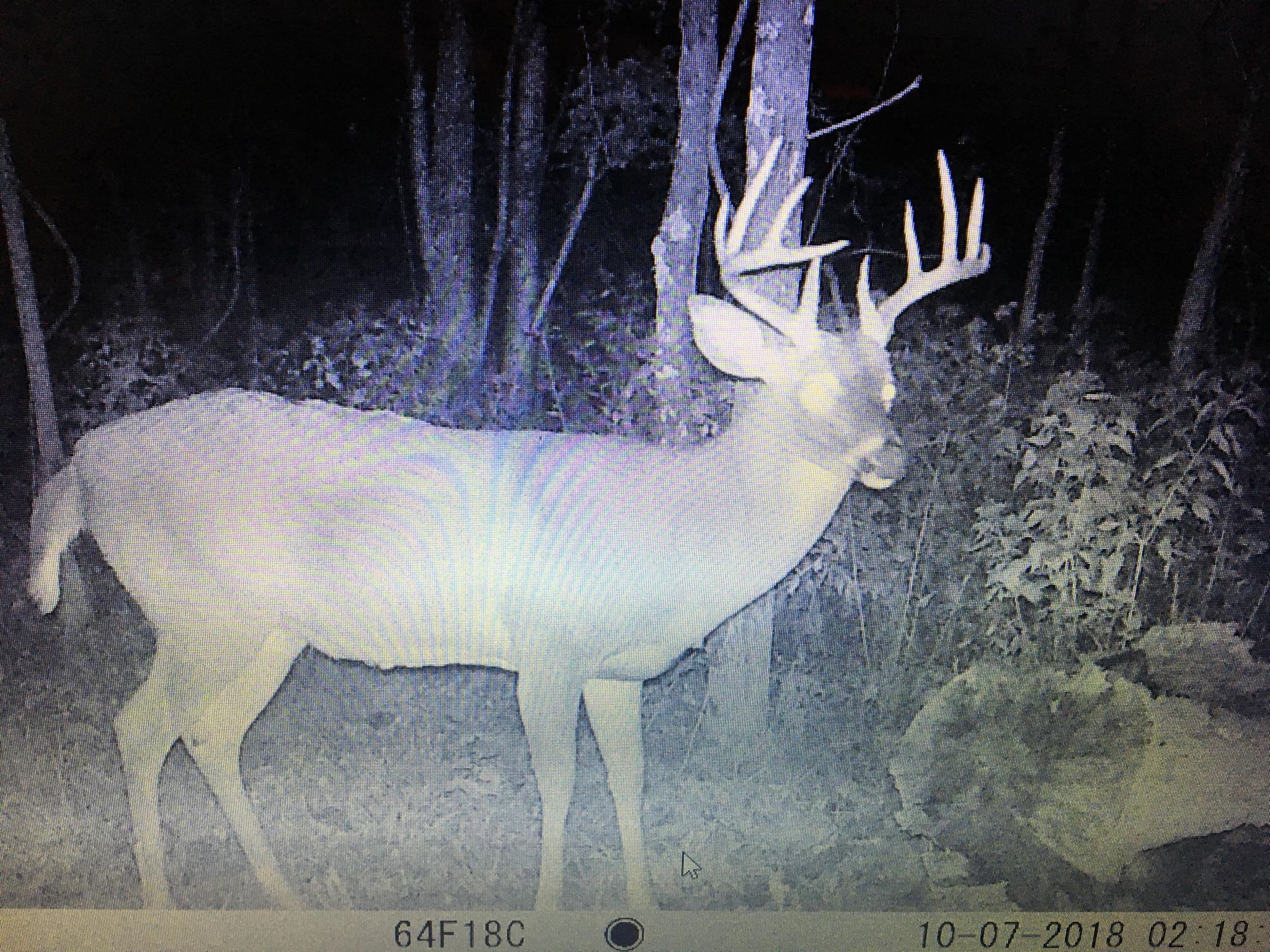 This is the time of year when hunters tart seeing whitetail scrapes on the ground.  Bucks of all ages use scrapes and a single scrape is often used by many individual bucks.  Mature bucks make about 85% more scrapes and 50% more rubs than yearling bucks.  Scraping activity peaks just prior to the peak of the run, but active scrapes may be found over several months.  Researchers have found that 85% of scraping activity happens at night.  They have also found that scrapes only a few hundred yards apart may be used by completely different groups of bucks.  Does also use scrapes during the rut and throughout the year. Is it a good idea to hunt over a scrape?   I’d suggest putting a trail camera over a scrape or if you have several scrapes close to one another so much the better.  Take a look at your pictures and determine what time of day the scrape is visited by a buck and plan your hunt accordingly.

This year I’ve noticed scrapes near a stand that I haven’t hunted in for several years because there hadn’t been any sign near it.  This year two scrapes are within 20 yards of it.   My guess is that the situation has changed in this particular woods and there are more bucks or deer there this year than the last couple.  Last year I hardly saw any deer in this particular woods.  Everything was planted in soybeans last year.  This year it’s all in corn.  I think the change in food source has brought the deer back to this area.  Time will tell I guess.  On Oct. 24 we had a full moon or sometimes called the hunters moon.  This full moon in October usually triggers the beginning of the whitetail rut.  Now’s the time to be in the woods.  Hunt as often as you can and play the wind to your favor and use correct scent control.  Dress for the cold weather so you can sit as long as you want to and not fidget around trying to stay warm. Movement is your worst enemy when deer hunting.  Those keen deer eyes can see over 180 degrees in front and to the side of them so even the slightest movement will be detected unless they are distracted.  That’s why I use deer lures on scent wicks in my shooting lanes.  Many times bucks will come to investigate the scent and will be paying more attention to it than you.  Now’s also a good time to rattle in potential bucks in the area.  Mostly mature bucks will respond but you never know.  One thing’s for sure if you’re not seeing deer when you’re in the woods but you have them on trail camera when you’re not there, they probably smelled you.  You’ll  never see deer if they smell you before they come within view.  They’ll turn around, snort or blow and be gone before you ever knew they were there.

You have several choices of deer license you can purchase. A deer bundle license can be used in all seasons (except the deer reduction zone season) and gives the hunter the privilege to harvest up to three deer (3 antlerless OR 1 antlered and 2 antlerless deer). If you hunt in more than one season, this is the license deal for you. Season dates, legal equipment, and all other deer hunting laws apply. Cost is $65 for Indiana residents,$295 for non-residents and $65 for non-resident youth.

Deer firearms season is from Nov. 17 through Dec. 2.  Muzzleloader season runs from Dec. 8-23 and the special antlerless season runs from Dec. 26 through Jan. 6 only in counties with a bonus antlerless quota of 4 or more.  In our area those counties include Greene, Martin, Lawrence, Orange, Crawford and Perry.  Dubois and Spencer have a quota of 3. Pike, Warrick, Know, Gibson and Vanderburg’s quota is only 2.

Hunters can check in their game online through the CheckIN Game system, in the Fish & Wildlife Online Services application, at an on-site check station, or by phone. The online CheckIN Game system and the Fish & Wildlife Online Services can be used with any Internet-connected device. Both of these options are free, and you don’t need to set up an account online to check in your game. You can purchases licenses, check in game, view your check-in history, get your HIP number, purchase a gift certificate or make a donation through your account. The phone-in option (1-800-419-1326) carries a $3 fee (Visa or Mastercard only). Even at on-site check stations, station managers will enter information online through the CheckIN Game System. Stations no longer use paper log books or issue metal tags.

The annual Hunters for the Hungry program administered by the Dubois County Sportsmen’s Club is going on now through the end of deer season in January.  Any hunter who harvests a deer can donate it to the Hunters for the Hungry by taking it to Sanders Processing in Celestine, Ferdinand Processing, Cannelburg Processing or Ohio Valley Custom Deer Processing in English.  Processing will be paid for through a grant from the Sportsmen’s Benevolence Fund acquired by the Dubois County Sportsmen’s Club.  All donated deer meat is packaged and distributed through area food banks.

JASPER RIFLE AND GUN CLUB WILL BE OPENING THEIR TRAP FIELDS FOR SIX SUNDAYS, THRU 10-28 FOR YOUTH SHOOTERS TO PARTICIPATE, LEARN AND SHOOT THE SPORT OF TRAP. YOUTH SHOOTERS MAY ATTEND AS MANY OR ALL OF THESE SESSIONS. THANKS TO THE SUPPORT OF THE FRIENDS OF THE NRA AND THE JRGC, THE COST OF A ROUND OF 25 TRAP TARGETS WILL BE $2.00 AND A BOX OF SHOTGUN SHELLS WILL BE $3.00. THESE PRICES ARE ONLY AVAILABLE DURING THESE EVENTS. FOR MORE INFORMATION OF IF YOU HAVE QUESTIONS, PLEASE email [email protected] OR CALL STEVE HAGGH AT 812-482-9013 OR JOE JONES AT 360-975-9284.