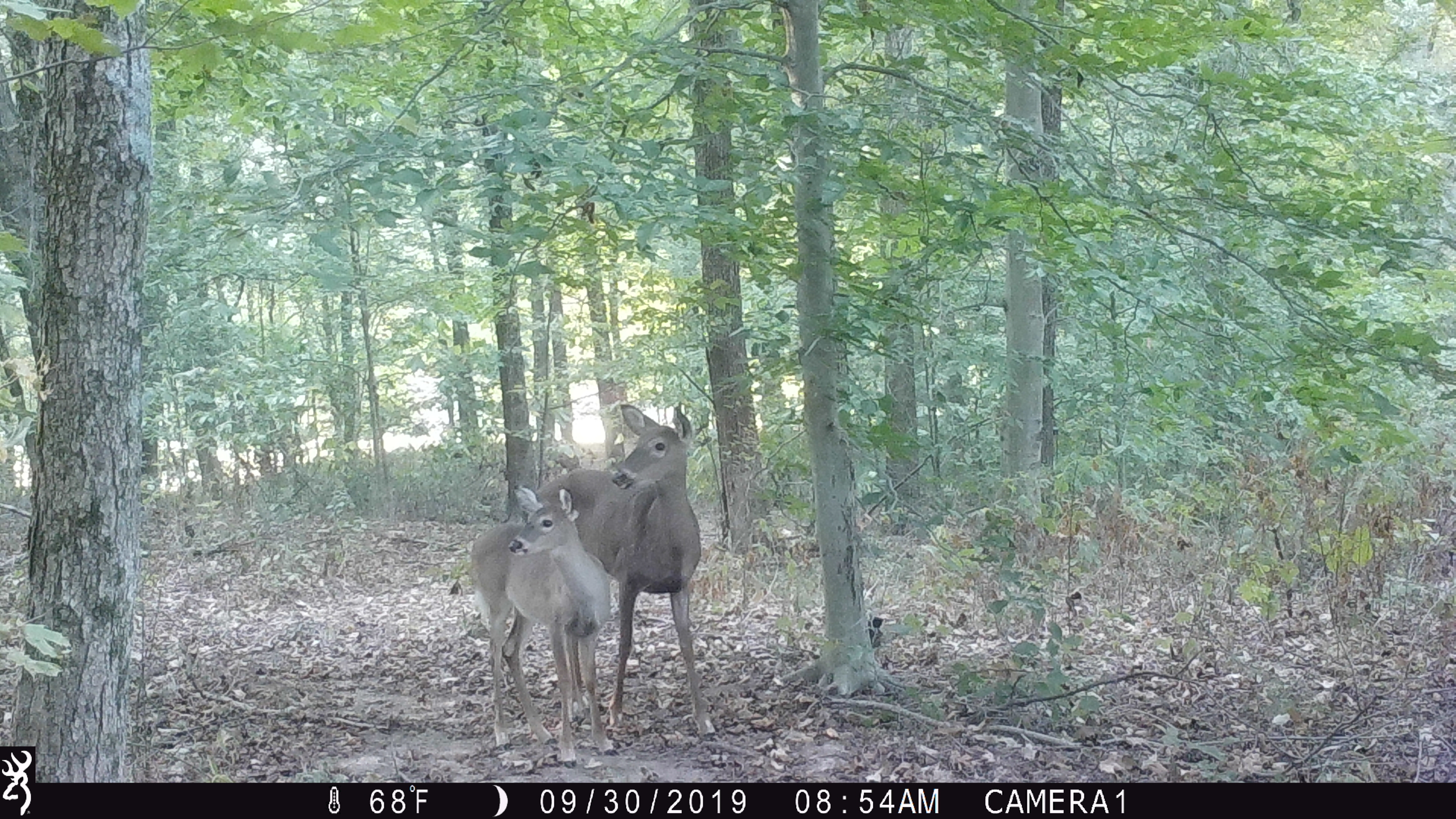 During deer season, the DNR encourages hunters to stay informed about deer disease and best practices for handling any carcass or other raw meat. Epizootic hemorrhagic disease (EHD) has been confirmed in several central and southern Indiana counties. As a result of the outbreak, county bonus antlerless quotas were reduced to a maximum of two in areas affected by EHD. EHD does not affect humans, and deer infected with EHD is safe to consume. Learn more about EHD.

As the days shorten and the breeding season for deer approaches, the chances of encountering deer on Indiana roadways increases significantly. Motorists should pay particular attention while driving to decrease the risk of collision. Deer-vehicle accidents can be minimized by practicing good defensive driving skills.

Staying aware and keeping the following information in mind can help motorists reduce their chances of becoming another deer-vehicle collision statistic:

As crisp autumn air arrives and reminds us that winter is around the corner, it is also a good time for Hoosiers to think about winter habitat for wildlife. Naturally, decaying leaves, grass clippings, and dead wood are great resources for wildlife in winter. As a bonus, broken down plant matter releases valuable nutrients back into the soil.

For more information about creating brush piles or other habitat in your back yard, contact your district biologist at wildlife.IN.gov/2716.htm.

During the monitoring period, FWA property staff follow a mapped route and record all waterfowl observations once a week. Staff send property data to the waterfowl biologist. The river counts occur on two segments: one in the South Zone and one in the Central Zone. The segments are flown in a helicopter only from November through January because waterfowl usage of the rivers is very low until ponds and marshes begin to freeze.

Three-year averages of data are used to determine when migration occurs in each waterfowl hunting zone. This information helps time hunting season with the likely peak migration each year. In addition, data are posted online to share bird usage at the various participating properties. Waterfowl counts are not a census of all birds in the state at any given time; rather, count data provide an index of migration at the zone scale. Waterfowl usage of individual locations can vary widely depending on many factors.

If you’re an archery hunter you can sign up for the Archer’s Index and report your wildlife observations while afield.  You can sign up anytime.  Date is collected from Oct. 1 to the day before the firearms season.  The data you help collect will be used to create observation trends and calculate fawn/doe and buck/doe ratios.  To learn more go to www.on.IN.gov/archersindex. Past data collected is available at www.dnr.in.gov/9812.htm. Coordinator of the Archers Index is Geriann Albers the new Furbearer Biologist with the DNR.  She can be reached at [email protected].