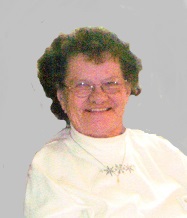 She was a stay at home wife and mother for many years, and was later employed as a CNA at the Northwood Retirement Community for 25 years.  She was very family oriented and had unconditional love for her children.  She enjoyed bird watching, growing flowers and plants,  yard sales with her daughter and taking family pictures.

Preceding her in death besides her husband, are one son, Terry Satterfield, three sisters, Imogene Capehart, Joyce Satterfield, and an infant, Virginia Rose Brittain, and two brothers, Waldo and Robert Brittain.

A service for Wilma Joan Satterfield will be held at 11:00 a.m. on Wednesday, October 14, 2020, at the Becher-Kluesner North Chapel in Jasper, Indiana, with burial to follow in Beadles Cemetery in Velpen, Indiana.  Rev. John Manges will officiate.

A visitation will be held from 9:00 a.m. until the 11:00 a.m. service time at the Becher-Kluesner North Chapel in Jasper, Indiana.