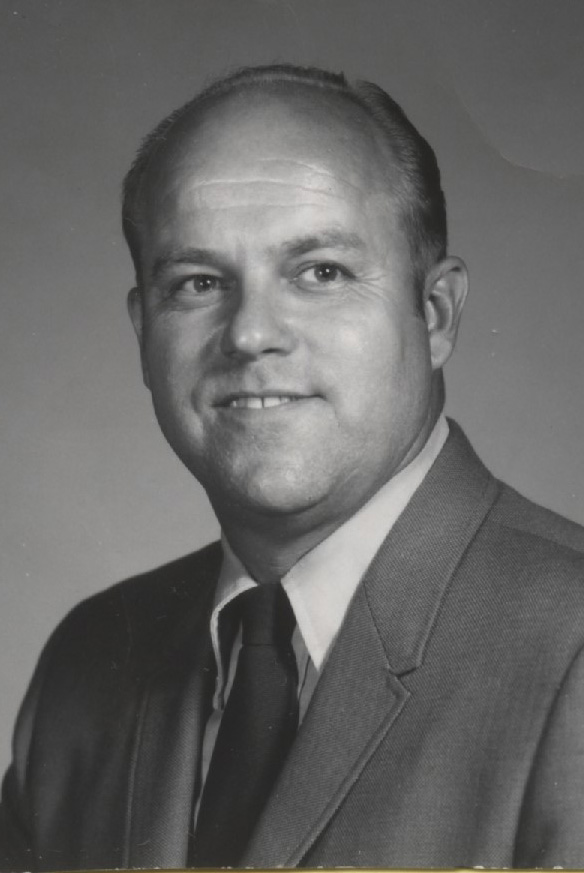 Thomas Owen Ellsworth, age 92, of Huntingburg, passed from this life on Saturday, January 18, 2020, at Memorial Hospital and Health Care Center in Jasper.

He was born October 4, 1927, in Huntingburg, Indiana, to William Emil and Clementine (Carpenter) Ellsworth; and married Mildred Lee “Midge” Conner on Easter Sunday, April 13, 1952, at Central Christian Church in Huntingburg.  To their union was born two children, Thomas Dean and Suzanne Ellsworth.

Tom was a graduate of Huntingburg High School’s class of 1945, where he was a member of the Huntingburg Happy Hunters football and basketball teams and the high school band.  He also attended Ohio State University under the Army Specialized Training Program and Oakland City College.  Tom was an Army veteran of World War II, serving with the 7th Infantry Division in Korea from 1946-1947.  In the late 40’s and early 50’s, he was a member of Mike Kelly’s Orchestra playing the drums.  Tom worked at the Ellsworth Dairy Company, Styline Furniture, and served the City of Huntingburg as a City Councilman and twelve years as City Clerk-Treasurer.  He was a member and Elder Emeritus at Central Christian Church in Huntingburg, and a member of the Huntingburg V.F.W. Post #2366.  He was preceded in death by his parents; three brothers, Gordon, Bill and Richard Ellsworth; and one sister, Mary Ellen Schultz.

He is survived by his wife, Mildred “Midge” Ellsworth of Huntingburg; one son and daughter-in-law, Tom D. (Elsie) Ellsworth of Bloomington; one daughter and son-in-law, Suzanne (Mike) Mastin of Zionsville; by (5) grandchildren and (6) great-grandchildren.

Funeral services for Thomas Ellsworth will be held at 11:00 a.m., E.S.T., on Wednesday, January 22, 2020, at the Nass & Son Funeral Home in Huntingburg with burial to follow at Mount Zion Christian Church Cemetery near Santa Claus, Indiana.  Military graveside rites will be conducted by the V.F.W. Post #2366 Memorial Detail.

Friends may call for visitation at the Nass & Son Funeral Home from 4:00-8:00 p.m., on Tuesday, January 21st.  Memorial contributions can be made to Central Christian Church in Huntingburg.