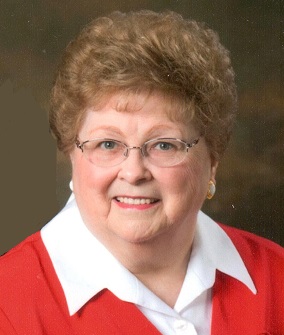 Monica A. Thacker, age 81, of Huntingburg, Indiana, passed away on Tuesday, May 7, 2019, in Memorial Hospital and Health Care Center in Jasper, Indiana.

Monica was born in Ireland, Indiana, on October 2, 1937 to John B. and Elizabeth C. (Schepers) Terwiske.

In their 56-year marriage, Monica and Bob lived in 14 different homes/houses in Indianapolis, Jasper, Boonville, Evansville, and finally in their “3rd Final Home Ever” in Huntingburg since 2010.

Monica retired in 1998.  In post-retirement, she was an avid collector of anything and everything that she found pretty, or neat, or interesting, or just too good of a buy to pass up.  Included in her acquisitions, were extensive collections of Santa Claus figures, Hummel figurines, and Uhl Pottery.
Monica also loved to spend her hours playing on the computer and watching the St. Louis Cardinals.  Her greatest happiness came when her grand and great-grandchildren visited.

Preceding her in death beside her husband are two children, Lori and Barry, who died at birth, and her siblings Irene Werne, Jim, Cletus, Maurice, Wes, Bob, and Tony Terwiske.

In lieu of flowers and gifts, the family asks that you make a memorial contribution to a favorite charity, or just simply take your loved ones out to eat.