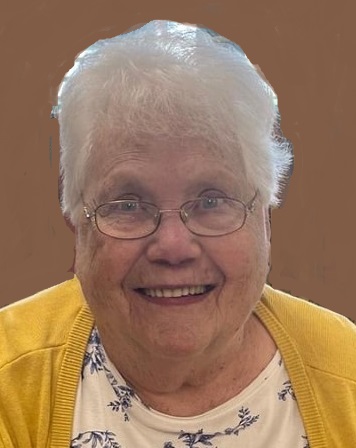 Martha was born in Celestine, Indiana, on June 23, 1931, to Albert and Rosa (Schepers) Fromme. She married Robert Stephen Howard on November 24, 1949, at St. Celestine Catholic Church. He was her devoted husband for 63 years. He preceded her in death on June 8, 2012.

Martha worked at Jasper Rubber Products and Masterbrand. She later managed alongside her husband, the St. Vincent DePaul store for many years.

She was a member of Holy Family Catholic Church, the D of I, the Ladies Sodality, the Holy Family Christ Renews His Parish and Cursillo. She was a Stephen and Eucharistic Minister.

She was a recipient of the Simon Brute Society Award, and the Mother Teresa Award for all her work within the church and community.

She enjoyed quilting, sewing, reading, playing cards, singing in the church choir and was an avid Indianapolis Colts fan. She was devoted to her faith and family.

Preceding her in death besides her husband, are two sisters; Marcella Kluesner and Mary Fuhs, five brothers; Othmar, Jerome, Hugo, Hilbert, and Gilbert.

A Mass of Christian Burial for Martha A. Howard will be held at 10:00 a.m. on Wednesday, September 7, 2022, in Holy Family Catholic Church in Jasper, with burial to follow at Fairview Cemetery Mausoleum.

Memorial contributions may be made to St. Vincent DePaul Society of Holy Family or to Holy Family Catholic Church.