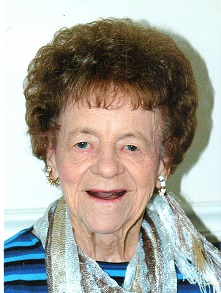 Sally worked as a clerical secretary in the superintendant's office for Greater Jasper Consolidated School Corporation for many years.

She was a member of St. Joseph's Catholic Church in Jasper, Jasper D of I, St. Ann's Society, American Legion Auxiliary, V.F.W. Auxiliary, Psi Iota Psi, and the Jasper Women of the Moose.

She enjoyed playing bingo, fishing, and doing arts and crafts. She also spent many hours volunteering for various organizations.

Preceding her in death besides her husbands are three sisters, Anna Mae Messier, Alberta Kreilein, and an infant Joan Kreilien.

A Mass of Christian burial for Marcella "Sally" Rees will be held at 9:30 a.m. on Saturday, August 25, 2018, at St. Joseph's Catholic Church in Jasper, Indiana, with burial to follow in Fairview Cemetery in Jasper.

Memorial contributions may be made to St. Joseph's Catholic Church, Parkinson's Association, or to a favorite charity.