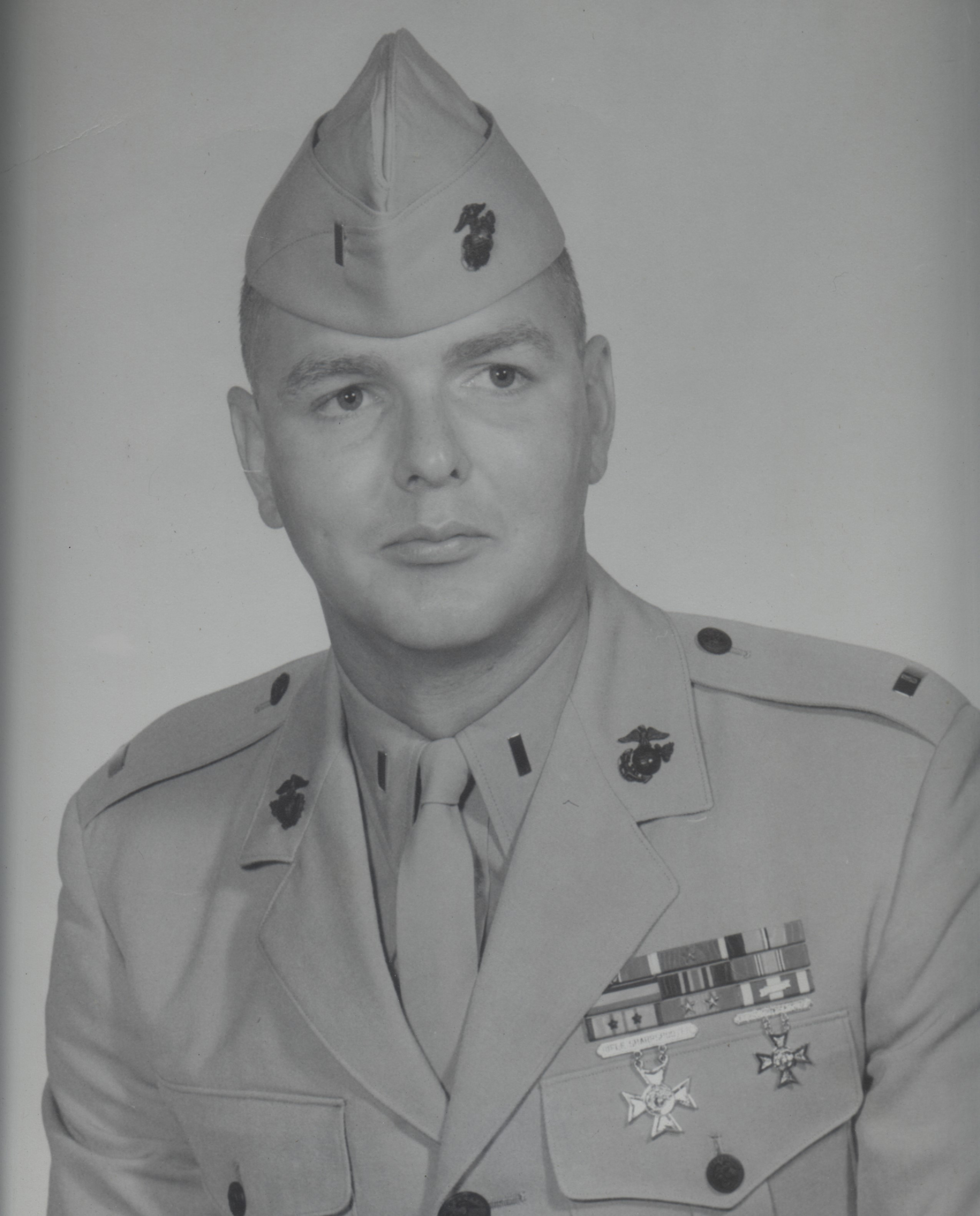 On August 1st, Lt. Col. Earl “Skip” Kruger died at Cypress Grove, a VA facility in Newburgh, Indiana with his wife Susan and four daughters (Kristie, Kasy, Kobie and Annie) at his side. Lt. Col. Kruger battled Alzheimer’s for many years, remaining “on his feet” until this past April.

Skip was born February 7, 1943 in Indianapolis and was adopted by Earl and Mildred B. (Armstrong) Kruger of Huntingburg. At age twelve, he was determined to be a Marine. He graduated from Huntingburg High School in 1961 where he lettered in football, basketball, baseball, and dancing at the Huntingburg Canteen. His love of playing sports continued throughout his life. He set records in running at Quantico, VA during Officer Candidate School (OCS). As close friend Jack Rogers said, “He ran like a deer.” His daughters, Kristie, Kasy and Kobie, continued the athletic tradition.

Graduating from Indiana University in 1966, Skip joined the Marine Corps. After completing OCS in June 1967, Lieutenant Kruger served in Vietnam as an Amphibian Tractor Platoon Commander. He was twice wounded. In March 1972, Captain Kruger returned for a second tour in Vietnam serving as Commanding Officer to the 2D Marine Division. In 1976, Captain Kruger assumed command of Marine Barracks Kenitra, Morocco where he was promoted to Major. A few of his personal awards include the Silver Star, two Bronze Stars, two Purple Hearts and three Navy Commendation Medals with Combat V. Lt. Colonel retired from the United States Marine Corp in May 1987.

Skip worked from 1987-1997 in Washington DC for an advertising agency, Earle Palmer Brown. In 1997, he joined the staff of DC United, Washington DC’s professional soccer team as the Director of Corporate Sales. He retired in 2012 returning to his hometown in Indiana.

Skip had amazing groups of friends whom he loved. His legacy to his family was his wonderful sense of humor and fun and to not take oneself too seriously. His favorite quote was by President Theodore Roosevelt, “It is not the critic who counts, nor the man who points out how strong men stumbled, or where the doer of deeds could have been better. The credit belongs to the man actually in the arena; who at the worst, if he fails, at least knows that he failed while daring greatly so that his place shall never be with the cold and timid souls who know neither victory or defeat.”

The funeral service for Lt. Col. Skip Kruger is at 2:00 pm, EDT, on Saturday, August 20, 2022, at Salem United Church of Christ in Huntingburg with visitation at the church from 11:00 am to 2:00 pm (lunch provided). A military burial will follow the service at Fairmount Cemetery.

In lieu of flowers, memorial contributions may be made to the Wounded Warriors Project, Heart to Heart Hospice, or Salem United Church of Christ’s music fund.