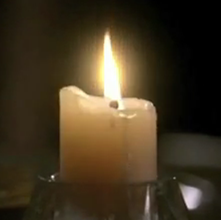 Kurt D. Ackerman, 58, of Southington, CT, passed away on June 3, 2021 at home surrounded by his loving family. He was the beloved husband of Jennifer (Kuebler) Ackerman.
Kurt was born on April 1, 1963 in Jasper, IN, the son of Frances A. (Schulte) Ackerman and the late Vincent F. Ackerman. In addition to his mother and wife, he is survived by his sons Andrew and David Ackerman both of Southington, CT, his sister Karen and husband Randy Caldemeyer of Stendal, IN, brother Keith Ackerman of Jasper, IN, and many nieces and nephews.
Kurt was a 1981 graduate of Jasper High School and earned a bachelor’s degree in Communications from the University of Evansville in 1985. His television directing career began at WTVW Channel 7 in Evansville, IN, followed by 8 years at WJBK in Detroit, MI. He was a director at ESPN in Bristol, CT for the past 25 years and was lead director for many shows, including RPM 2Night, NBA ShootAround, NASCAR Now, and most recently First Take.
His first love was his family. His favorite place to be was home, cooking for his boys and often their friends. He was a loving and supportive husband and father, a kind and gentle soul.
His family is forever grateful for the many compassionate healthcare workers who cared for Kurt during his 5-year battle with cancer. Dr. Harriet Kluger and staff of Smilow Cancer Hospital hold a special place in their hearts.
Funeral services will be at 10 am Thursday, June 10 at Grace United Methodist Church, 121 Pleasant St. Southington, CT, 06489. Burial will follow at South End Cemetery. Friends may call from 4-8 pm Wednesday, June 9 at the DellaVecchia Funeral Home, 211 N. Main St. Southington, CT, 06489.
Memorial donations may be made in Kurt’s memory to Grace United Methodist Church, the Michigan Anti-Cruelty Society (macsshelter.org) or the Closer to Free Fund for Smilow Cancer Hospital (givetoynhh.org)
For online condolences and directions please visit www.dellavecchiasouthington.com