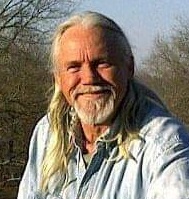 He worked in construction and carpentry most of his life.

He enjoyed working outside, gardening, and watching the sunset.

Preceding him in death was his companion Sharon Lawson, his parents, one brother, Roman Mehringer, and two siblings who died in infancy.

Private services were held at Becher-Kluesner Funeral Home in Jasper.