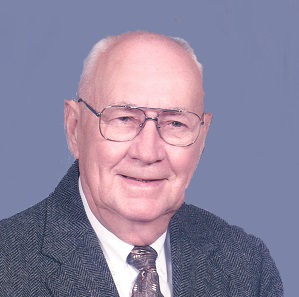 John was a United States Air Force Veteran, serving during the Korean War.  He was an electrical engineer for 32 years for Crane Naval Depot, was a consultant for the Science Application International Corp. (SAIC) for eight years and was also a consultant for and retired from EG&G.

He enjoyed travelling with his wife, reading, playing golf, fishing, and loved spending time with his family, especially his grandchildren.

A Mass of Christian Burial will be held at 11:00 a.m. on Tuesday, October 15, 2019, at St. Joseph's Catholic Church in Jasper, Indiana, with burial to follow in Enlow City Cemetery in Jasper.  The American Legion Post #147 will conduct military grave site rights.
A visitation will be held from 4:00-8:00 p.m. on Monday, October 14, 2019, at the Becher-Kluesner Downtown Chapel in Jasper, Indiana.
Memorial contributions may be made to St. Joseph's Catholic Church or to a favorite charity.