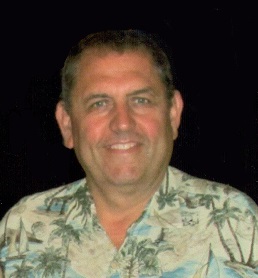 Jerry was born in Jasper, Indiana, on June 17, 1958, to Robert Sr. and Catherine "Betts" (Steinhart) Terwiske. He married the love of his life, Kathleen "Kathy" Hassfurther on August 8, 1981, in St. Celestine Catholic Church. Together, they were blessed with their three children, Kade, Klayton, and Kyra.

Jerry was a friend to everyone who knew him and was a shining example of a loving husband, father, grandpa, brother, uncle, and son. His many loves in life include his lifelong business at Bob's Auto, gardening, watching his grandkids grow up, pheasant hunting with his brothers and sons, and traveling with his wife.

Jerry was a 1976 graduate of Jasper High School.

He was a member of the Jasper Rifle and Gun Club, Moose Lodge, Ireland Sportsman's Club, and St. Mary's Catholic Church in Ireland.

Preceding him in death besides his parents are one brother John, and one brother-in-law, Bill Johannigsmeier.

A Mass of Christian burial for Jeremy "Jerry" D. Terwiske will be held at 10:00 a.m. on Friday, August 31, 2018, at St. Mary's Catholic Church in Ireland with burial to follow in the church cemetery.

In lieu of flowers, memorial contributions may be made to the St. Mary Catholic Church Building Fund or to a favorite charity.