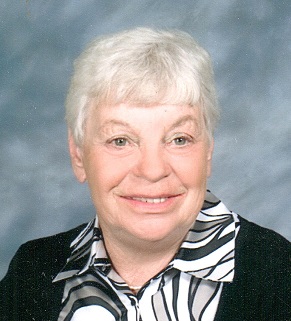 She retired as Director of Religious Education for St. Celestine Catholic Church, a position which she held for 20 years.  She was also a homemaker.

She was a member of St. Isidore Parish - St. Celestine Catholic Church and the Ladies' Sodality.  She received the Simon Brute award in 1997, for her service in the Catholic Church.

She enjoyed reading, gardening, and spending time with family and friends.

Surviving are two daughters, Joyce (Walter) Linne, Dubois, IN, Theresa (Mark) Lampert, Huntingburg, IN, three sons, Mike (Janet) Butler, Jasper, IN, Mark (Kathy) Butler, Clayton, IN, Morris Butler, Dubois, IN, one sister, Vera (Robert) Price, Indianapolis, IN, many grandchildren, and great grandchildren.
Preceding her in death besides her husband, are one son, Douglas Butler, two sisters, Rosie Peters and Rita Cooper, and five brothers, Robert, John, Richard, Donny, and Charlie Keller.
A Mass of Christian Burial for Jenny L. Butler will be held at 10:00 a.m.  on Thursday, March 28, 2019, at St. Celestine Catholic Church, with burial to follow in the church cemetery.
A visitation will be held from 3:00 p.m. until 7:00 p.m. on Wednesday, March 27, 2019 at the Becher-Kluesner North Chapel in Jasper.
Memorial contributions may be made to St. Isidore Parish or a favorite charity.