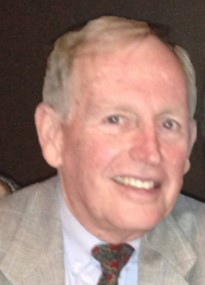 Gil was born in Bucaramanga, Colombia and received dual engineering degrees from Texas A&M University.  On April 5, 1968, he married the love of his life, Beatriz Eugenia Caicedo.  Together they raised three devoted daughters and were the proud grandparents of eight grandchildren.  He loved spending time with his family – especially his grandchildren.  Whether he was playing cards with them or watching their sporting events, he loved to be near them, cheering them on.  Gil lived life to the fullest.  He was always the last to leave a party and loved any opportunity to dance with his wife.  He was a doting and kind husband whose daily actions showed his love for her.  He was happiest always with her by his side.  Gil had an admirable work ethic and was an expert prankster.  He was a true inspiration to all who knew him and was a father figure and mentor to many.  Even his ALS couldn’t slow his ability to lead and inspire.  He was preceded in death by his parents, Jose Ferreira and Emma (Cortes) Ferreira.

In lieu of flowers, memorial contributions may be made to the Les Turner ALS Foundation (www.lesturnerals.org) or to St. Mary’s Catholic Church.