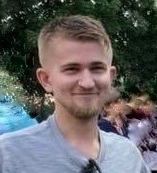 Garet Robert Schepers, age 25, of Jasper, passed away on October 15, 2018 at the University of Louisville Hospital, Louisville, KY.

Garet was born March 2, 1993 at St. Joseph’s Hospital, Huntingburg, IN, to Edward J. and Kathryn (Jackle) Schepers of Jasper.

Garet was a lifelong member of Christ Lutheran Church in Haysville. He was a Jasper High School Class of 2012 graduate. Garet enlisted in the Army during high school and left for Basic Training a few weeks after graduation, however he fractured his hip during training. He was currently employed by OFS in Huntingburg and formerly by G&T Industries in Jasper.

Garet enjoyed spending time with family, playing online video games with his friends and siblings, and going to car shows throughout the tri-state. He had a passion for music and liked camping and spending time outdoors, and hanging out with family or friends.

Garet is survived by his parents, Edward Schepers and Kathryn (Joseph) Cozza all of Jasper, one sister, Kirby Schepers, brothers Bryor Schepers and Levin Cozza, step-brother and sister-in-law David and Lauren Cozza, and two nephews (of Brownsburg). Garet is also survived by his Mamaw Bernadine Schepers and his grandpa Robert Jackle both of Jasper. His surviving uncles are Donnie (Marilyn) Schepers, Victor (Becky) Schepers, his Godfather Tom (Sandy) Schepers, and James (Diana) Jackle. Surviving aunts are Barbie (Steve) Goeppner, Grace (Kenny) Wagner, Mary (Pat) Bradley, Rhonda Schepers, his Godmother Becky Sue Schepers, and Sharon Rizley as well as many step aunts and uncles. He will also be dearly missed by his many cousins.

Funeral services for Garet Robert Schepers will be held at 11:00 a.m. on Saturday, October 20, 2018 at Christ Lutheran Church in Haysville, Indiana, with burial to follow in Portersville Cemetery in Portersville, IN. The VFW Post #473 will conduct military gravesite rites.

Memorial contributions may be made to Christ Lutheran Church or to a favorite charity.