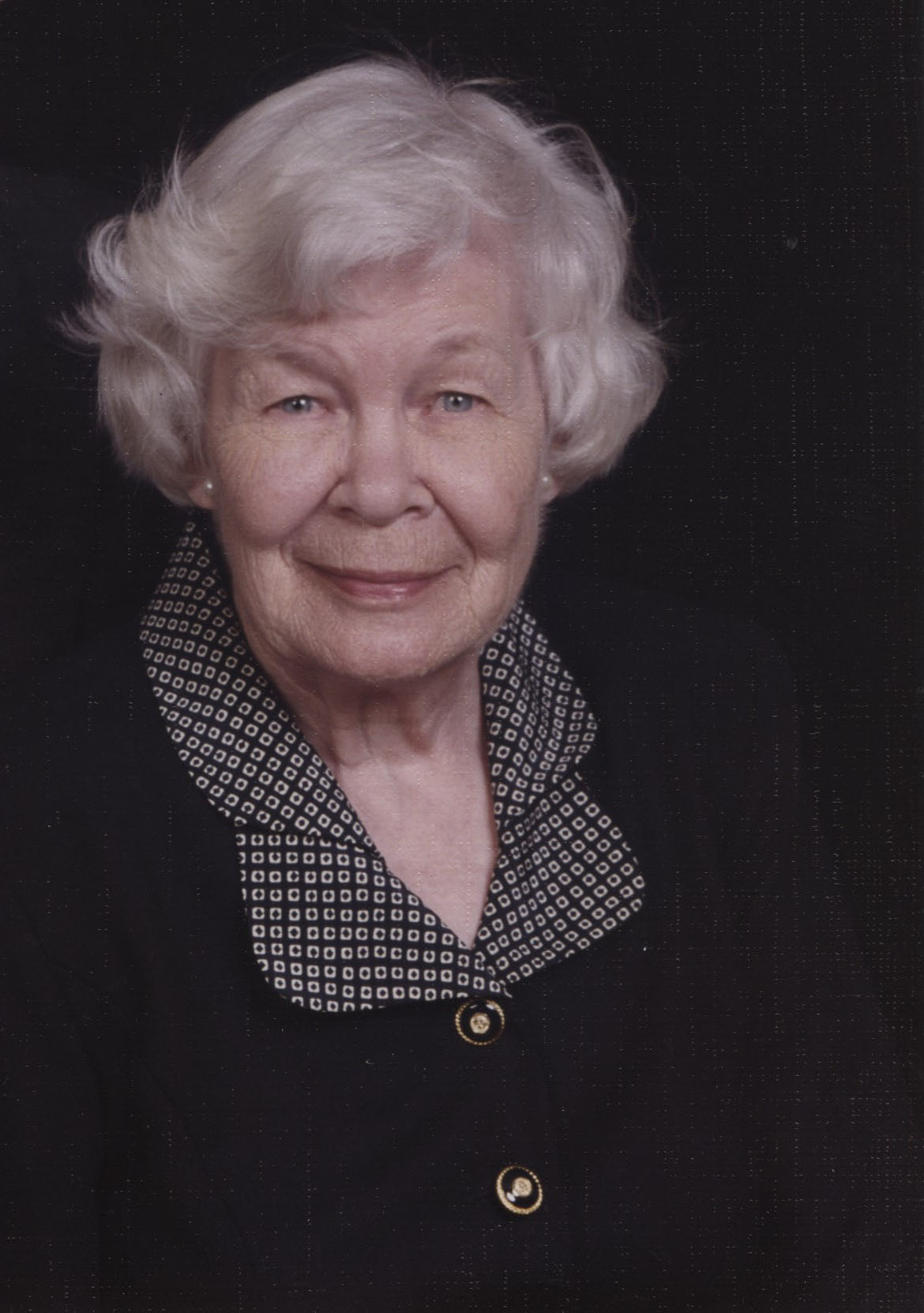 Edna, the second daughter of Matilda Vandiver Peters and Edward Henry Peters, was born in Huntingburg on May 20, 1920.  She graduated from Huntingburg High School.  On a hot summer afternoon, August 3, 1940, at Salem Church in Huntingburg, she married Maurice Edward “Bib” Overbeck in a double wedding ceremony along with her sister, Frieda, and Dr. Robert Salassa.  Their marriage lasted seventy years, until “Bib” died in 2010.

In 1962, they moved from Huntingburg to Carmel where “Bib” was the grower in Bauer and Steinkamp Greenhouses.  While there, after she enrolled in and graduated from beauty school, she opened her own one-woman shop.  She successfully ran this business for twenty years.

Upon retirement in 1982 they moved back to “the Overbeck Cabin/Farm” west of Huntingburg.  After “Bib’s” death she moved into an apartment at Stork Place, followed by Brookside in Jasper.

Her many hobbies included oil painting, weaving, annually demonstrating tatting at the State Fair, and playing the hammered dulcimer and Irish bodhran with her daughters on violin, cello, penny whistle, lap dulcimer and harps.

A memorial service will be held at 1:00 p.m., Saturday, March 14, 2020, at Salem United Church of Christ in Huntingburg with burial to follow at Fairmount Cemetery, Huntingburg.

Friends may call for visitation at Salem Church from 11:00 a.m.–1:00 p.m., Saturday.  Nass & Son Funeral Home in Huntingburg has been entrusted with the arrangements.