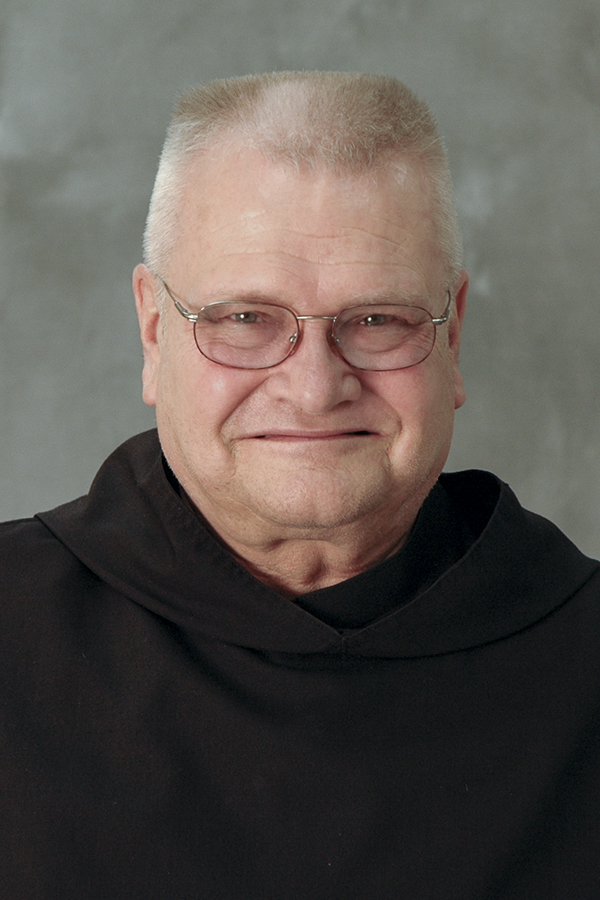 Brother Giles Mahieu, OSB, a monk of Saint Meinrad Archabbey, died at Gateway Deaconess Hospital in Evansville, IN, on Tuesday, October 25, 2022. He was 84 and a jubilarian of monastic profession.

Born in Moline, Illinois, on July 3, 1938, Br. Giles was the oldest of the 10 children of Albert J. and Lorraine (Kruger) Mahieu. He was given the name Robert at his baptism. He attended one year of Alleman High in Rock Island, IL, before entering Saint Meinrad’s St. Placid Hall in 1956 as a sophomore.

He was invested as a novice on April 7, 1957, and professed his simple temporary vows on April 16 the following year. He professed simple perpetual vows on April 16, 1961, and solemnized his religious profession on July 11, 1973.

Br. Giles’ early assignments included a 10-year stint in the bakery and nine years in the electrical department. He also joined the Saint Meinrad Volunteer Fire Department, where he served for more than 40 years. For 22 years, he served as chaplain for the 18th District of the Indiana Volunteer Fireman’s Association, and he was secretary-treasurer of the Spencer County Fire Chiefs’ Association for 33 years. In 2001 he was named Spencer County’s Firefighter of the Year.

In the early 1970s, he was installed as a lector and assisted the pastors for several years at St. John Chrysostom Parish in New Boston and at St. Martin’s Parish, Siberia, both in Indiana.

Br. Giles was appointed Saint Meinrad’s director of sanitation in 1975 and, in 1976, was certified by Purdue University as a licensed pesticide operator and applicator. He served on the board of directors of the Indiana Pest Control Association for eight years, including a term as its president.

In addition, Br. Giles enjoyed directing traffic at the May and October pilgrimages at the Monte Cassino Shrine and serving as a cooperative observer for the central region of the National Weather Service. He was especially fond of trains and over the years assembled an elaborate model railroad display, complete with landscapes, road crossings, and villages, which he eventually donated to the Dubois County Museum in Jasper, IN.