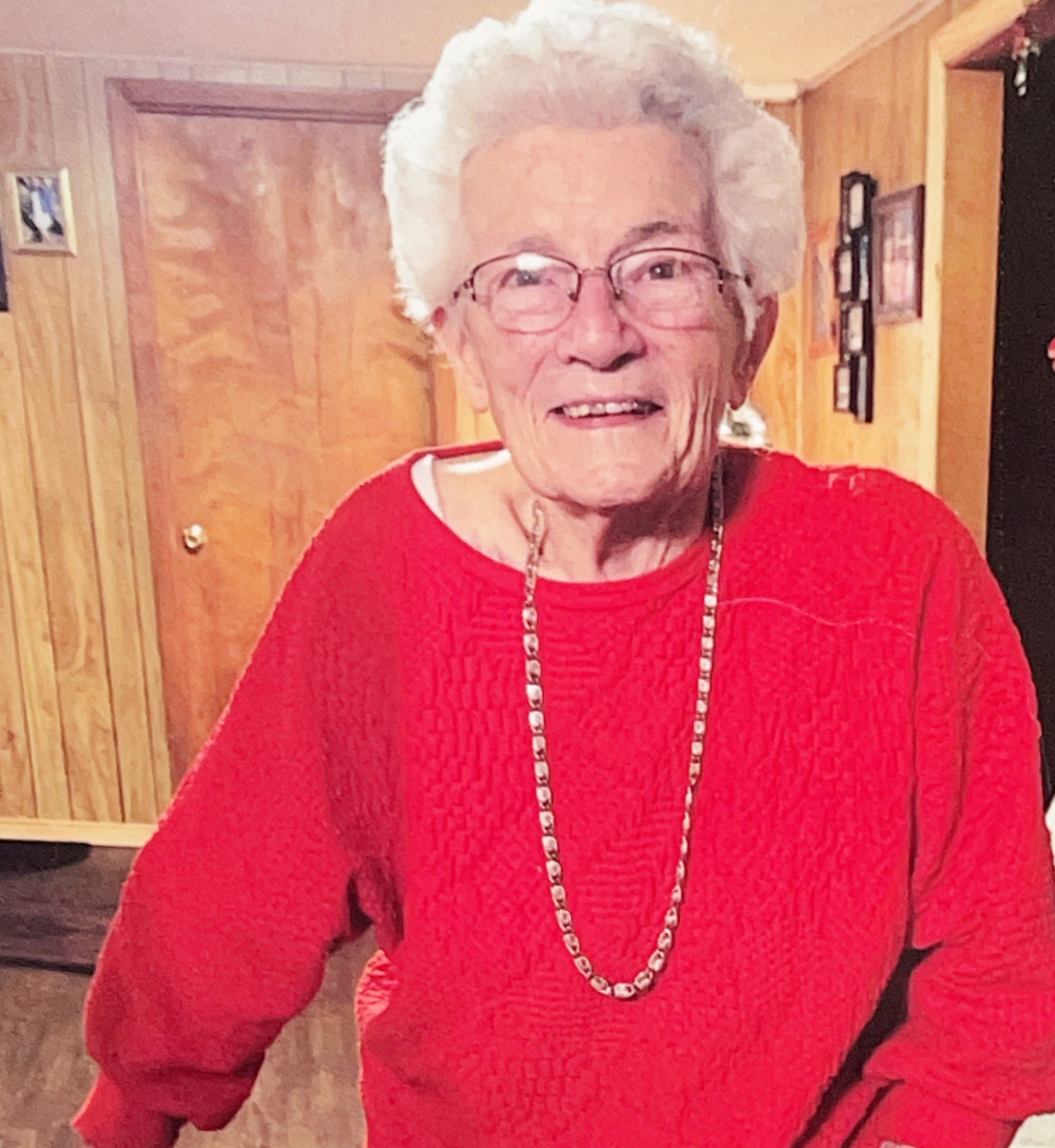 Betty Rose Butler of Shoals, Indiana passed away peacefully at her home surrounded by family and friends on July 13, 2022 at the age of 92.  She was born October 21, 1929 in Marion County, Indiana, the only child of the late Oscar O. Abel and Edith Tippett Abel.  On December 24, 1949, she married Walter Leland Butler, the son of Joel and Ethel Butler and he preceded her in death on November 21, 2011.  They had no children.

In 1937, Betty’s family moved from Indianapolis to Martin County where she attended Bateman and Quinn schools.  She graduated from Shoals High School with the class of 1948.  Following graduation, she went to Indianapolis and worked a summer for Indianapolis Life Insurance Company and then moved to Chicago where Walter worked.  In 1951, they bought a farm in Lost River and moved there.  Betty loved to tell stories about her dairy cows and life on the farm.  As Betty and Walter grew older, they made the decision to sell their farm and move to the current home they shared in Shoals.

Over the years, Betty had worked at Reliance Mfg. Co in Loogootee, Uni Royal, and Shoals Community Schools.  She was a member of the Shoals United Methodist Church, Rusk Homemakers, Martin County Humane Society, Martin County Historical Society, and Shoals Senior Citizens. She was very interested in genealogy and always encouraged reunions, whether it was family reunions, high school reunions, or Walter’s Navy reunions.  Betty was also a founding member and contributor of the Waggoner’s Chapel Cemetery Association and has served as treasurer for many years.

Besides her parents and husband, Betty was preceded in death by sisters-in-law Bernice (Zan) Jones and Mable Butler, brother-in-law Lloyd (Irene) Butler, Aunt Myrtle Hedge, cousins, Ronald Macy and Juanita Macy along with other relatives from the Indianapolis area, and her beloved dog, Susie.

Funeral Services will be held at the Shoals United Methodist Church on Saturday,

July 16th at 11:00 AM with burial to follow at Spring Hill Cemetery in Shoals.  Visitation will be Friday, July 15th, from 3:00 PM to 7:00 PM at Queen Lee Chapel in Shoals and on Saturday, July 16th  from 9:00 AM until time of service at the Shoals United Methodist Church.

Online condolences may be sent to the family at www.queenlee.com.

In lieu of flowers, contributions may be made to the Waggoner’s Chapel Cemetery Fund,