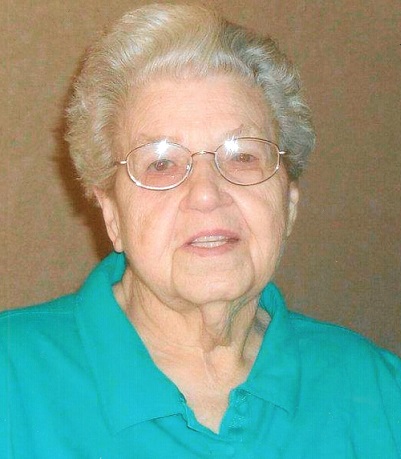 Bernardine was a homemaker and member of St. Joseph's Catholic Church, and the American Legion and V.F.W. Auxiliaries.

She enjoyed playing bingo and going to the casino, especially Las Vegas, and going to Indianapolis to spend time with her grandchildren.

Preceding her in death besides her husband are two sons, Ronald and Daniel Schepers, one grandson, Garet Schepers, one sister, and six brothers.

A Mass of Christian Burial for Bernardine C. Schepers will be held at 9:30 a.m. on Monday, March 18, 2019, at St. Joseph's Catholic Church in Jasper, Indiana, with burial to follow in Fairview Cemetery in Jasper.

A visitation will be held from noon until 6:00 p.m. on Sunday, March 17, 2019, at the Becher-Kluesner Downtown Chapel in Jasper, Indiana.

Memorial contributions may be made to St. Joseph's Catholic Church, American Alzheimer's Association or to a favorite charity.