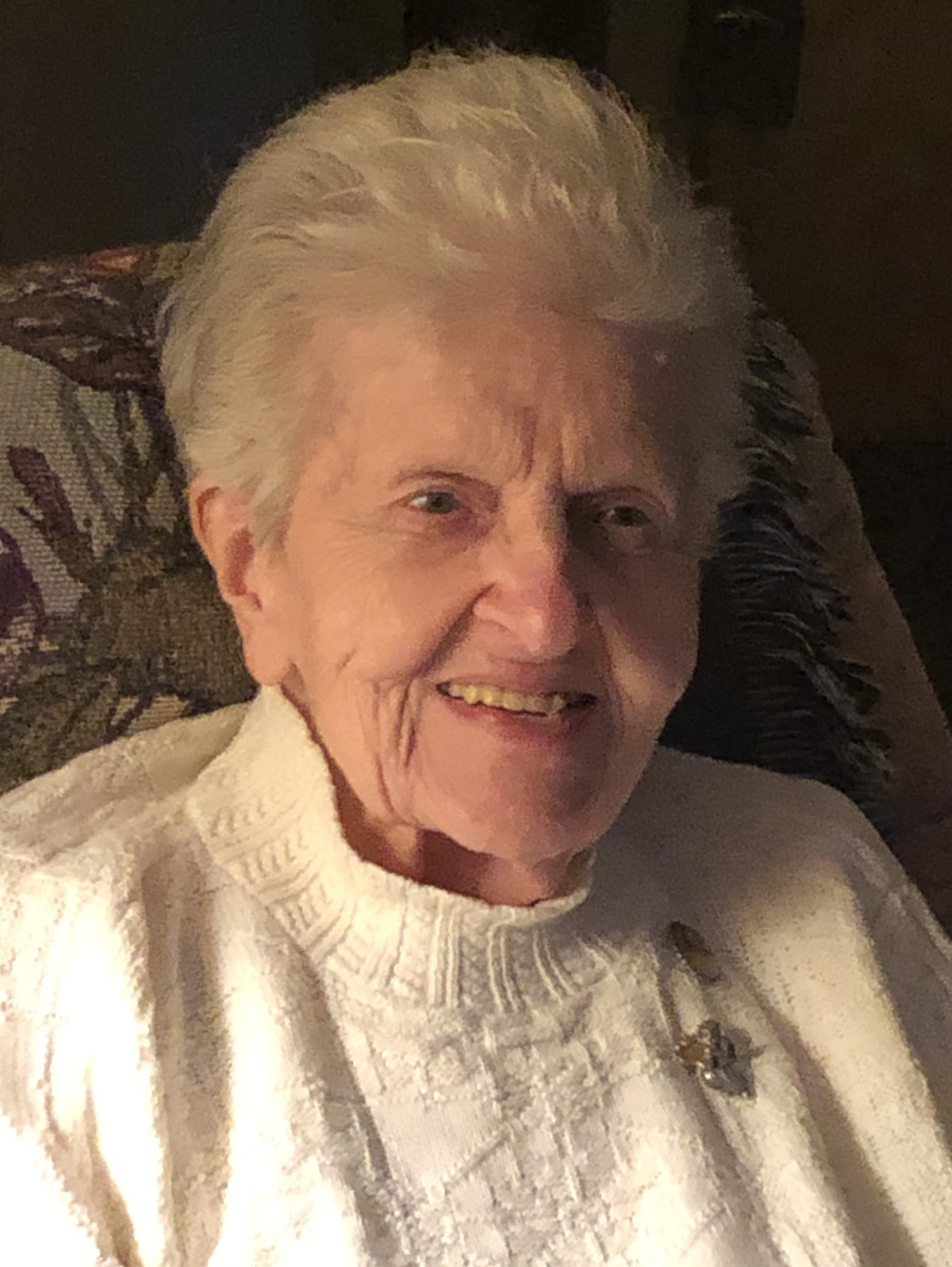 Anna Mae and her husband owned and operated Songer’s OK Grocery in Huntingburg until 1963 at which time she returned to full time nursing at Stork Hospital.  She was a firm believer in prayer and when recently asked what her hobbies were she replied – “Prayer, I pray for everybody”.  Anna Mae was an active member of St. Mary’s Catholic Church, where she served as a Eucharistic minister, visited the homebound and brought them communion for over 25 years.

She was a life-long resident of Huntingburg and one of its biggest supporters.  Anna Mae and her husband, Glen “Windy” Songer, were active in the Dubois County Democratic Party.  She was a member of the Serra Club, volunteered with a crisis prevention hotline, and enjoyed going on bus tours.  She was preceded in death by her husband, who passed away February 25, 2012; sister, Helen Tyring; and infant brother, Jerome Griesinger.

A funeral Mass of Christian Burial for Anna Mae Songer will be held at 10:00 a.m., E.S.T., Tuesday, December 3, 2019, at St. Mary’s Catholic Church in Huntingburg with burial to follow in the church cemetery.

Friends may call for visitation at the Nass & Son Funeral Home in Huntingburg from 8:30-9:45 a.m., Tuesday, the morning of the funeral.  Memorial Hospital’s Nursing Honor Guard will conduct a vigil service at 9:00 a.m., Tuesday, at the funeral home.  Memorial contributions can be made to Shared Abundance.