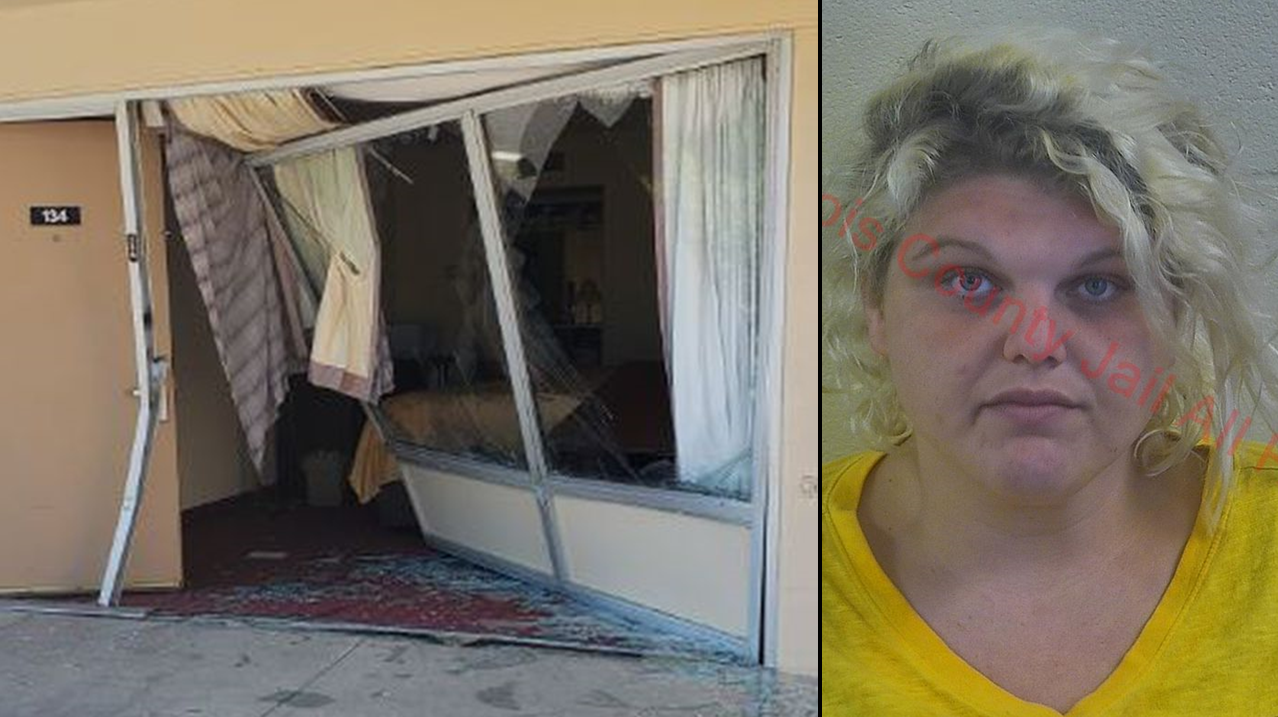 HUNTINGBURG -- A woman was arrested Tuesday after crashing her vehicle into a hotel room in Huntingburg.

It happened around 10 a.m. at the Quality Inn on East 22nd Street.

Police say 30-year-old Heather Toomire fled the scene but was located a short time later at her home.  She allegedly had marijuana and paraphernalia with her.

She’s charged with leaving the scene of a property damage crash, driving without insurance and no license and operating a vehicle with fictitious plates.  Toomire is also charged with possession of the pot and paraphernalia.

The rooms she crashed into were empty.  Thankfully, no injuries were reported.