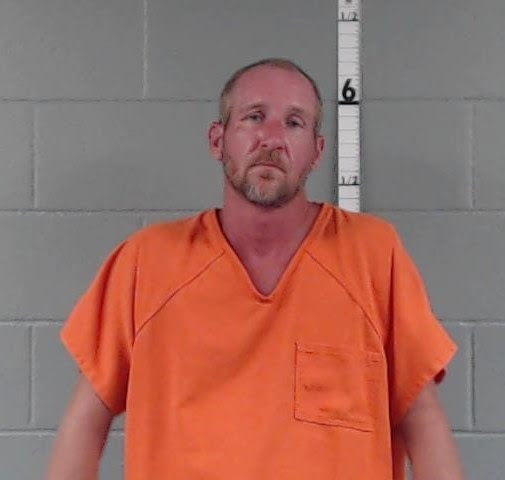 Pekin -  A Pekin man was arrested Wednesday afternoon for attempted murder after allegedly stabbing an acquaintance in the neck.

Just after noon on Wednesday, Washington County dispatch received a 911 call reporting that family members brought thirty-nine-year-old Jacob Kennedy to St. Vincent hospital in Salem after he was reportedly stabbed in the neck while at his apartment.  Kennedy was later flown to University Hospital in Louisville due to the severity of his wounds. Troopers and detectives from the Indiana State Police in Sellersburg were dispatched to investigate along with Sheriff Brent Miller from the Washington County Sheriff's Department.

As part of the investigation, an ISP detective responded to St. Vincent hospital in Salem. At the same time, other investigators went to the apartment building located at 557 East SR60 in Pekin, where the stabbing allegedly occurred. Following leads gathered at both locations, officers drove to a nearby residence to speak with thirty-eight-year-old Josiah Marion about his possible involvement in the stabbing. While at that residence, detectives say Marion became agitated and attempted to forcefully take one of the officers to the ground. Officers then took Josiah Marion into custody on the preliminary charge of Battery against a Public Official, a level A Misdemeanor.

As a result of the investigation, Josiah Marion was additionally charged with Attempted Murder. He currently has no bond set.

Jacob Kennedy is listed in stable condition at the University of Louisville Hospital.

This case is still under investigation.