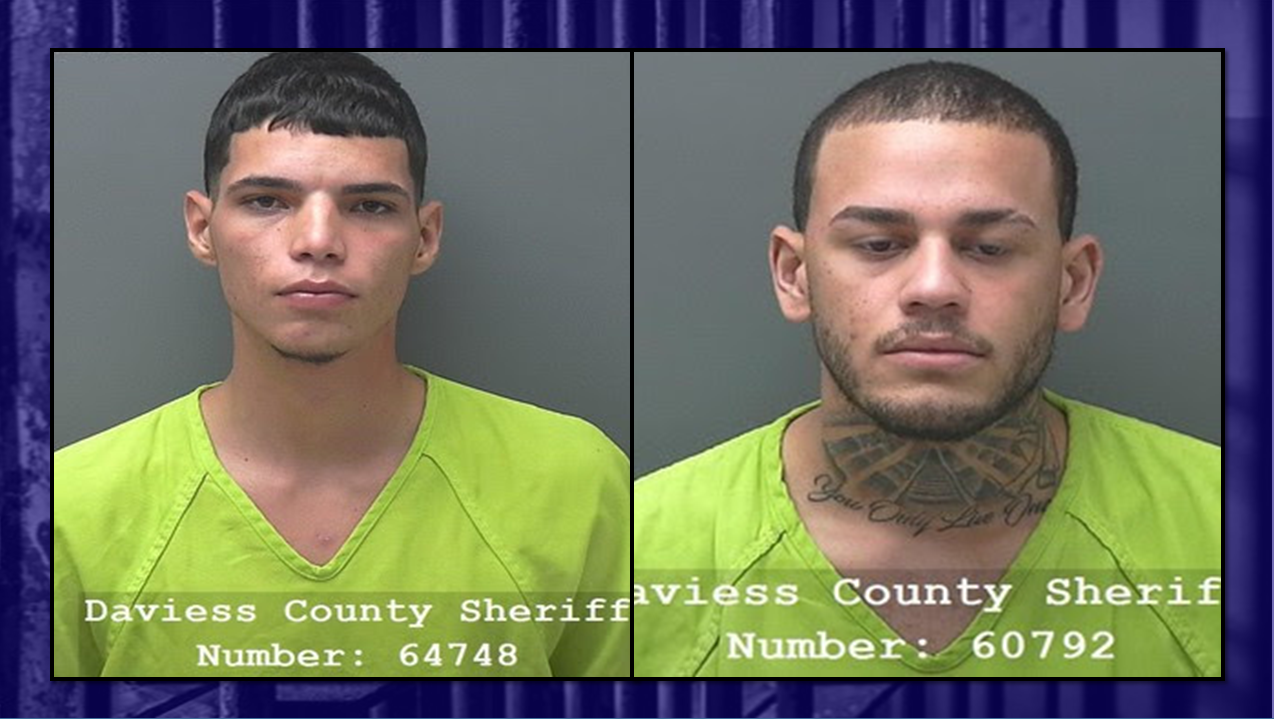 DAVIESS COUNTY -- Two people were arrested Monday afternoon after leading police on a chase through portions of Daviess County.

It all started around 2 p.m. when an Indiana State trooper clocked the driver going over 90 mph on U.S. 50 near the White River.

Authorities say the driver fled when the trooper tried to pull him over.

The chase ended on Old U.S. 50 after the driver stopped the vehicle and surrendered.

The Driver has been identified as Christian Jose Del Velle Maldonado.

The passenger, Josue Rodriquez is facing two misdemeanors for Possession of Marijuana and Visiting a Common Nuisance.