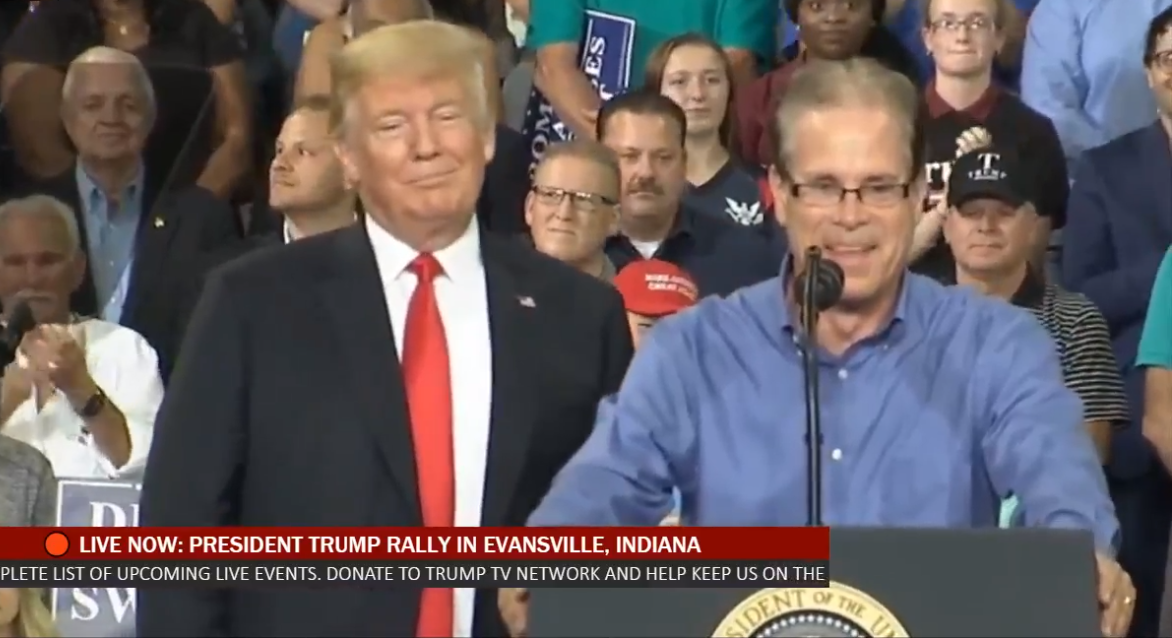 By: David Shepherd, Director of News and Public Information
EVANSVILLE -- President Donald Trump praised GOP Senate candidate and Jasper businessman Mike Braun at a rally at Ford Center in Evansville Thursday night saying, "A vote for Mike Braun is a vote to 'Make America Great Again."
While urging his supporters to vote for Braun this November, Trump railed against incumbent democrat Joe Donnelly calling him "Sleepy Joe," and saying, "He wouldn't vote for us on anything."
The president spent a short time speaking about Braun.  The rest of his speech has focused on his top "crowd pleasers" like the media, illegal immigration and Hillary Clinton (who Trump again called "Crooked Hillary").
At one point, the president called the media, "dishonest, terrible people."  He added not all media was bad, "I'd say 85%.
A single female protester was escorted out within the first few minutes of Trump's speech.  The president made a motion with his thumb, seemingly telling security to remove the woman causing the disturbance.
We will have more on the president's visit to Evansville Friday morning at 8:05 a.m. on WITZ Radio News on 104.7 fm WITZ.