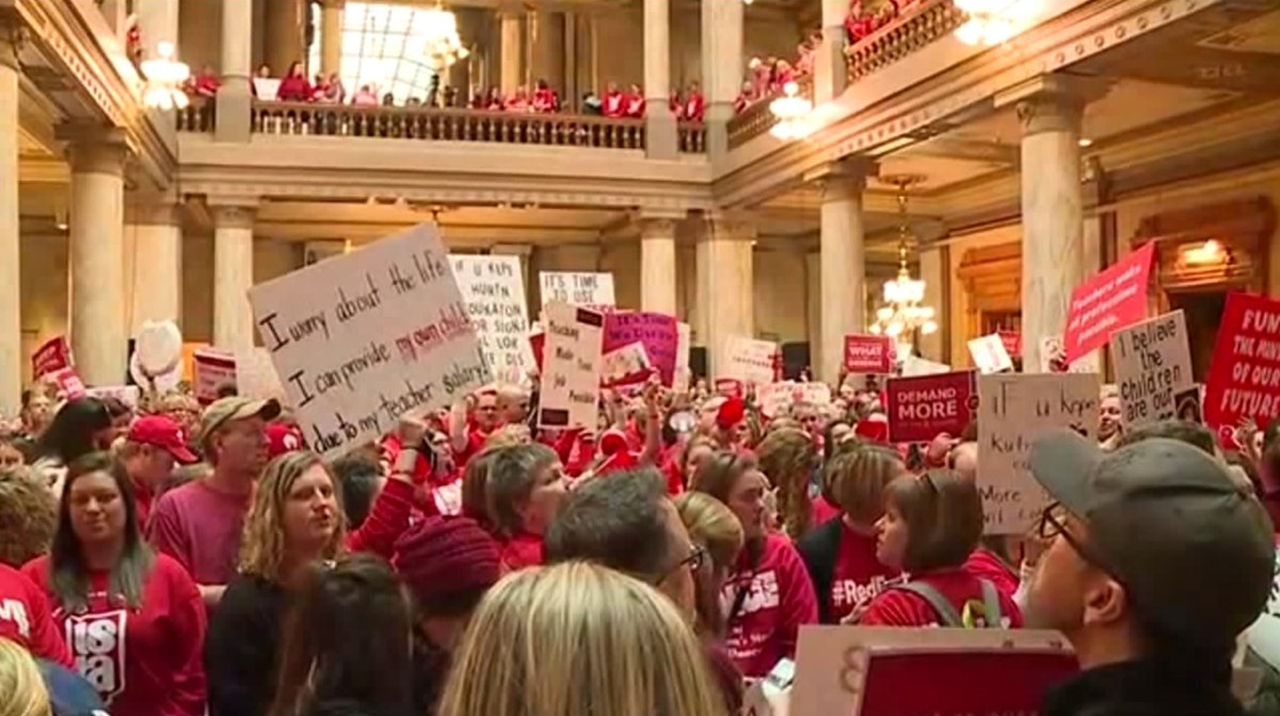 AREA WIDE -- Some area schools are closed today as educators across the state converge on the state capitol for “Red for Ed Day.”

"We'll see what happens. We'll see if maybe on Organization Day they'll do small things like declare the hold harmless, which they've said they're gonna do," said Oakley, speaking to IndyPolitics.org.

The "hold harmless" he spoke of is a promise from lawmakers to hold teachers not responsible for the lower-than-expected iLearn state test scores. It was the first year for the test, and some teachers are worried that their pay and bonuses could be affected by the scores.

Oakley said the teachers also hope to persuade legislators to get rid of a requirement that teachers complete an externship to be able to have their teaching license renewed, which Oakley said no one has time for.

"I don't know a teacher on Earth that doesn't volunteer all their time."

But, Oakley said the state is behind in teacher pay, even though the cost of living is lower than other states in the region.

"A state that says we gave historic raises, it ranks 51st including DC. This is Forbes magazine in three cited sources, 51st, we're dead last plus one in keeping up with teacher pay since 2002," said Oakley.

He said he's had encouraging phone calls from parents and grandparents encouraging he and educators and school systems to take the day. Some districts cancelled class. Others made it an e-learning day.

"Very few have. A few of the early ones hve and the rest have kind of tapered off on that," he said. "Nothing in current policy says you can't do it. And in this techno, techy world that the legislators have been pushing, that we've got to create a job-ready work force, I'm sure the kids can handle it."

Oakley predicts red will be the most prominent color in downtown Indy Tuesday.

"They have over 13,000 people registered and that's with just one organization. I'm predicting with good weather, about 20,000 people descending on downtown Indy at the capitol."