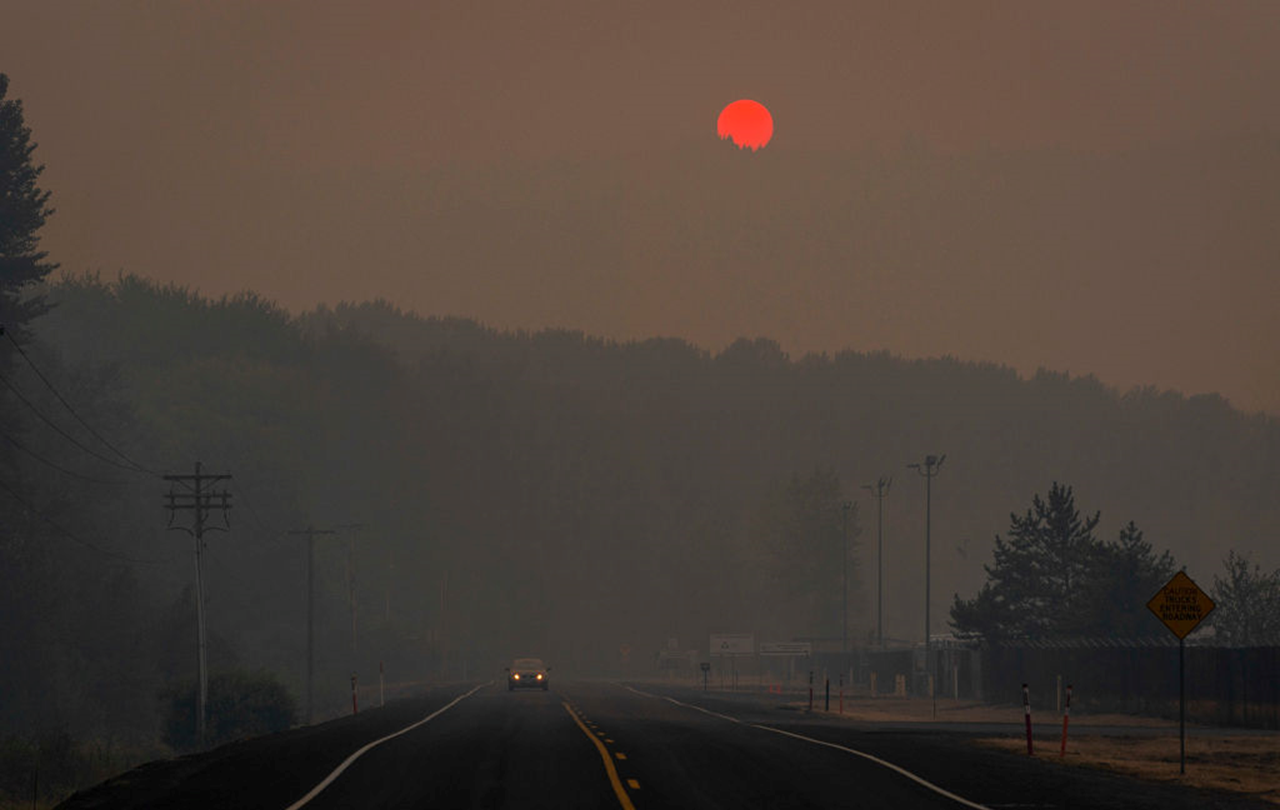 WITZ IS AN AFFILIATE OF NETWORK INDIANA

STATEWIDE -- The wildfires have covered the west coast with a thick layer of smoke, that smoke has now made its way to the Midwest and the Hoosier state.

Have you noticed a haziness to the sky, or a more vivid sunrise and sunset?  WISH-TV meteorologist Marcus Bailey said the smoke from the wildfires is the cause of that.

"It's way above us, in terms of the air that we breathe," said Bailey. "It's several thousand feet up, but kind of has this thin layer of dust or clouds that will make for real pretty colors when you hit sunrise or sunset."

He said a good way to put it is you're looking at filtered sunshine.

The smoke thins itself out as it works its way across the country, said Bailey, and gets higher into the atmosphere where stronger winds are able to carry the smoke to the Midwest.

However, even though the smoke has reached Indiana we don't have to worry about it contaminating the air we breathe.

"The real bad stuff stays well above anything that we would breathe in here in central Indiana."

Bailey said the haziness from the smoke should begin clearing out by Thursday as a cold front moves in.