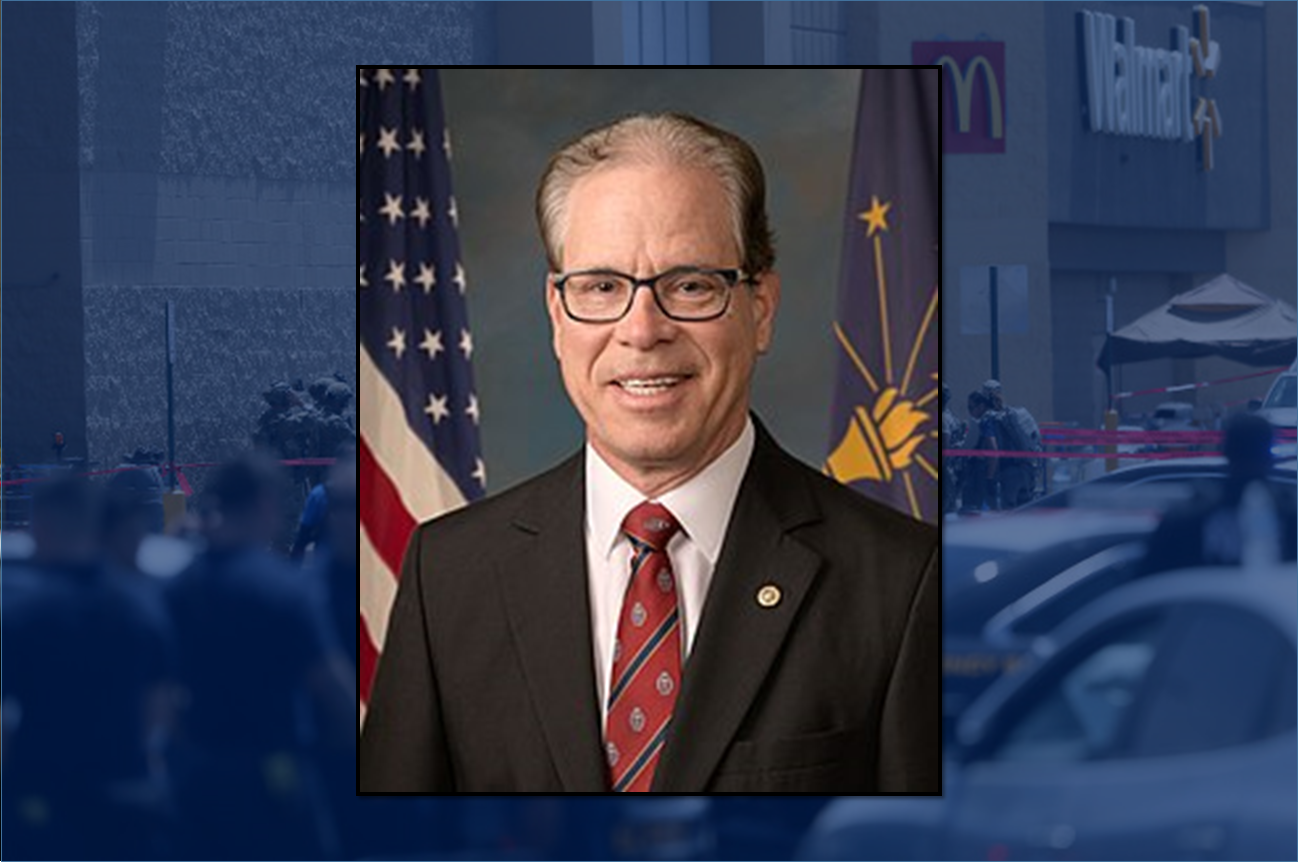 FROM THE OFFICE OF U.S. SEN. MIKE BRAUN OF JASPER

“Maureen and I are deeply troubled by the recent shootings in El Paso and Dayton — there is no place for hate in our great country, our prayers are with the victims of this horrific event, and I commend the swift action from law enforcement and first responders.

“Mass shootings and gun violence across our country is a complex situation; watching Congress do nothing is unacceptable, and I agree with President Trump’s call for bipartisan legislation to address this crisis. Any bipartisan legislation needs to include: stronger background checks, red flag laws known as extreme risk protection orders that address mental illness, commonsense solutions that complement the Trump administration’s ban on bump stocks so we can crack down on modifications that turn guns into military-style assault weapons, and steps that are responsive to a culture that glorifies violence.

“We live in the greatest country in the world, but the tone and destructive rhetoric across the ideological spectrum is tearing our country apart and we must return to a society that works towards finding common ground on issues where we disagree.”

Indiana 'red flag' law could become national model.  “A little-known Indiana law authorizing police to seize firearms possessed by a person deemed a danger to themselves or others could become a national model as leaders seek ways to prevent the next school massacre.  President Donald Trump reportedly is considering a plan to offer federal grants or other incentives to encourage states to adopt measures similar to the "red flag" law currently in effect in Indiana.  The Hoosier State is one of just five in the nation to have such a law. California, Oregon, Washington and Connecticut also have a ‘red flag’ law on their books.  The 2005 Indiana statute was enacted by the Republican-controlled General Assembly and Republican Gov. Mitch Daniels after a man who previously had displayed signs of dangerous behavior used a semi-automatic rifle and two handguns to shoot five Indianapolis police officers, killing one. The law is named after Timothy ‘Jake’ Laird, the officer fatally shot.”  (Northwest Indiana Times, 03/14/18)

On December 18, 2018, President Trump’s administration moved to ban bump stocks, which was in response to the nation’s deadliest mass shooting in Las Vegas.  “The Trump administration Tuesday banned bump stocks, the firearm attachments that allow semi-automatic weapons to fire like machine guns and were used during the worst mass shooting in modern U.S. history.  The regulation gives gun owners until late March to turn in or destroy the devices. After that, it will be illegal to possess them under the same federal laws that prohibit machine guns.  Bump stocks became a focal point of the gun control debate after they were used in October 2017 when a man opened fire from his Las Vegas hotel suite into a crowd at a country music concert, killing 58 people and injuring hundreds more.  The regulation was signed Tuesday by Acting Attorney General Matthew Whitaker. It will take effect 90 days after it is published in the Federal Register, which is expected to happen Friday.”  (The Associated Press, 12/18/18)

On March 26, 2019, President Trump’s bump stock ban set went into effect.  “In December, the Department of Justice announced it would administratively ban the devices used to make semi-automatic rifles fire continuously like machine guns. At the time, the government estimated more than 500,000 of the bump stock devices had been sold.  Bump stocks were used in 2017 by the gunman who fired more than 1,000 rounds of ammunition at Las Vegas concertgoers and killed 58 people in the nation’s deadliest mass shooting in modern U.S. history. Following the mass shooting, the administration began a review of the bump stocks and President Donald Trump expressed his support for banning the devices last year.” (CNBC, 03/25/19)