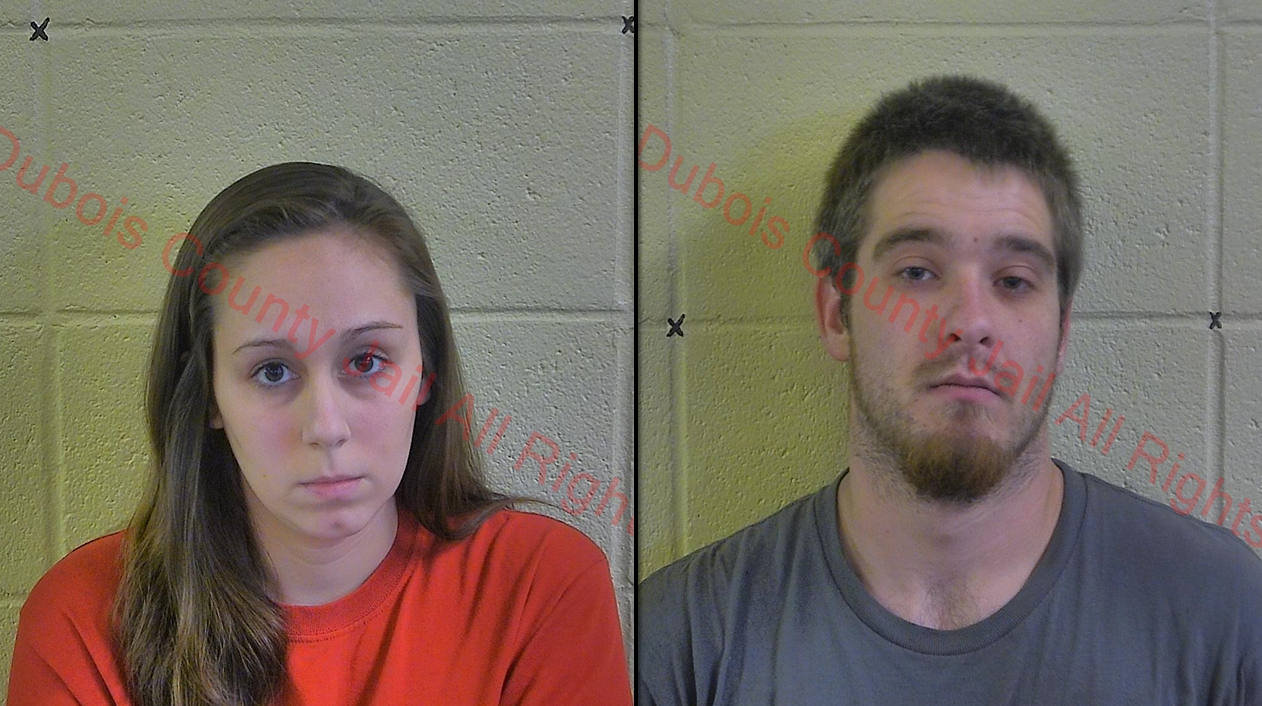 HUNTINGBURG -- Two people are in jail, one of them a pregnant woman, and they’re facing some pretty serious charges following a domestic incident Saturday in Huntingburg.

Police say 20-year-old Marissa Opel hit her husband with her car and left the scene.

He’s identified as 22-year-old Zach Opel.  He was taken to the hospital and police eventually tracked his wife down.

During the investigation, police learned of an alleged domestic incident earlier in the day.

Opel accused her husband of hitting her multiple times leaving injury.  He was arrested after being treated in the hospital.  His wife also arrested.

Zach Opel is charged with Felony Domestic Battery since the alleged victim is pregnant.

Marissa Opel is charged with misdemeanor Leaving the Scene of a Property Damage Crash With Injury.