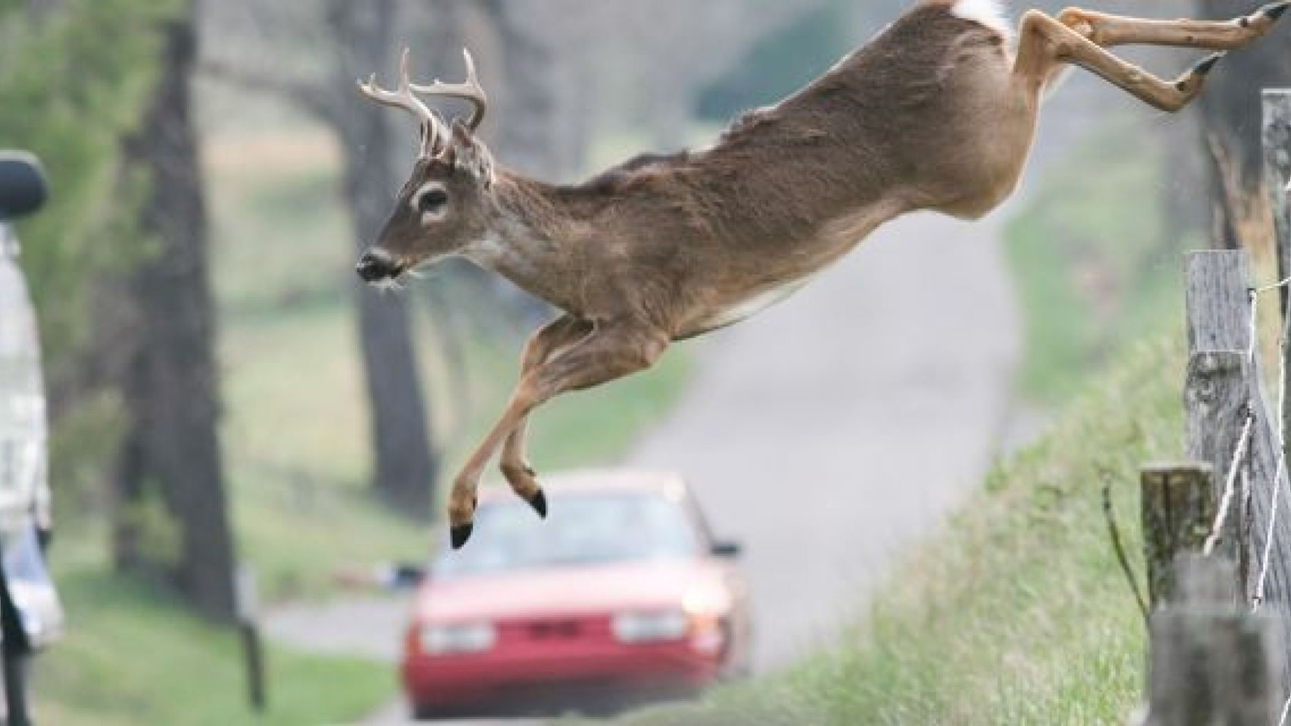 AREA WIDE -- Fall brings foliage, frost on the pumpkin, and lots and lots of deer.

It's rutting season, which means deer are very active. Mating season for whitetail deer runs from mid-October through early December.  When deer are out looking for mates, they can venture onto roadways -- especially at night -- and cause crashes.

In 2018, there were more than 14,300 crashes involving deer in Indiana, according to Indiana State Police Sgt. Todd Ringle.

- Be especially attentive during the highest risk-times for car-deer crashes: Ffrom midnight to sunset and during the hours before and after sunrise.

- Use high-beams if driving at night, when there is no oncoming traffic.

- Know that deer seldom run alone! If you see one, there are probably more.

What to Do If You See a Deer in the Road

- Don't veer for deer -- hitting the deer is safer than trying to avoid it!

- Slow down and blow your horn in one long blast to scare the deer away.

If you hit a deer, don't touch it. A frightened and wounded deer can hurt you or further injure itself, says the - Insurance Information Institute.

The best thing to do if you hit a deer is to get your car off of the road, if possible, and call the police. You will also need to contact your insurance agent to report the accident.