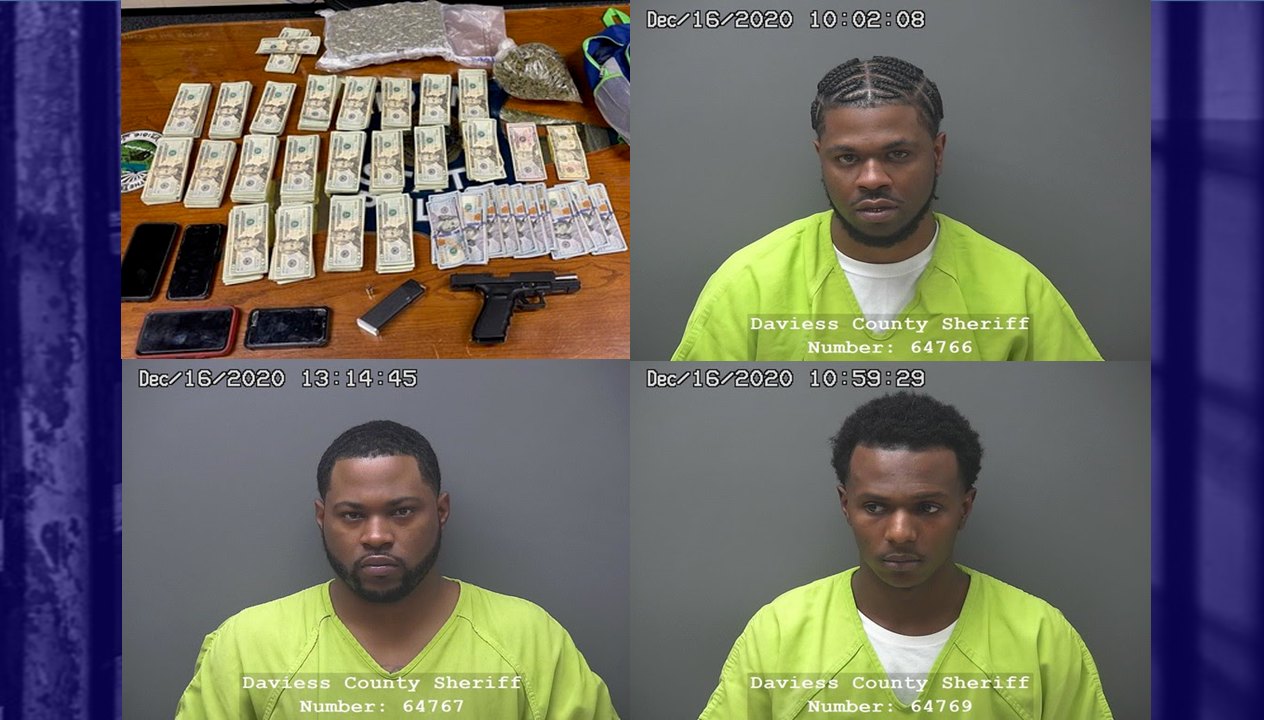 An Indiana State Trooper stopped a speeding car on I-69 just after 7 p.m. Tuesday. During the traffic stop, the trooper discovered that the three men inside the car were in possession of 1.7 pounds of marijuana, a loaded gun, and $31,080 in cash.