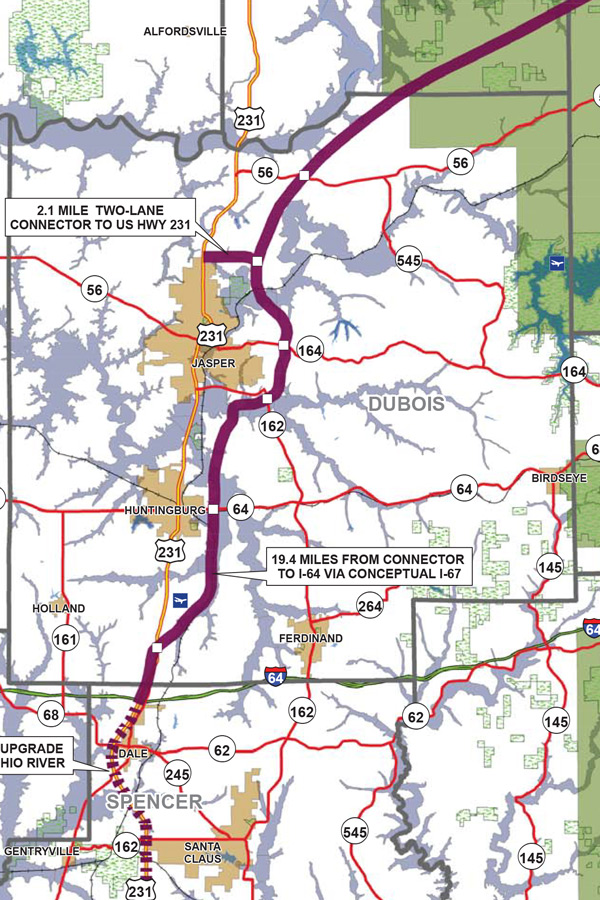 DUBOIS COUNTY -- The MidState Corridor connecting Dubois County to I 69 could cost $300 million to build.

During that meeting, an attorney representing a group pushing for the corridor, said the newly formed RDA (or Rural Development Authority) only needs to raise $7 million to facilitate the Phase I study needed to bring the group’s plan to INDOT for consideration.

The $7 million will be split between private businesses and public entities in a public/private partnership.

Jasper State Senator Mark Messmer tells me a law he worked on last legislative session opened the door for the project to move forward, creating the RDA in partnership

A local group of business owners and public officials have been calling for construction of the corridor, which would

connect from the Ohio River in Spencer County, through Dubois County to I 69.

Crane reports, Monday night, Councilman Craig Greulich questioned whether the local citizens would have input into where the road gets built since they are putting up

local public funds for the project.

The group’s attorney pointed out that 90 percent of the funding will come from federal highway dollars and, therefore, will be forced to abide by federal guidelines.

He added, the thought processes is that if the RDA is putting up the money to fund the project, then they should

have a strong ability to have input with respect to how the roadway is built.

The group and officials working on the project would like to see work begin on the study by the fourth quarter of 2018.