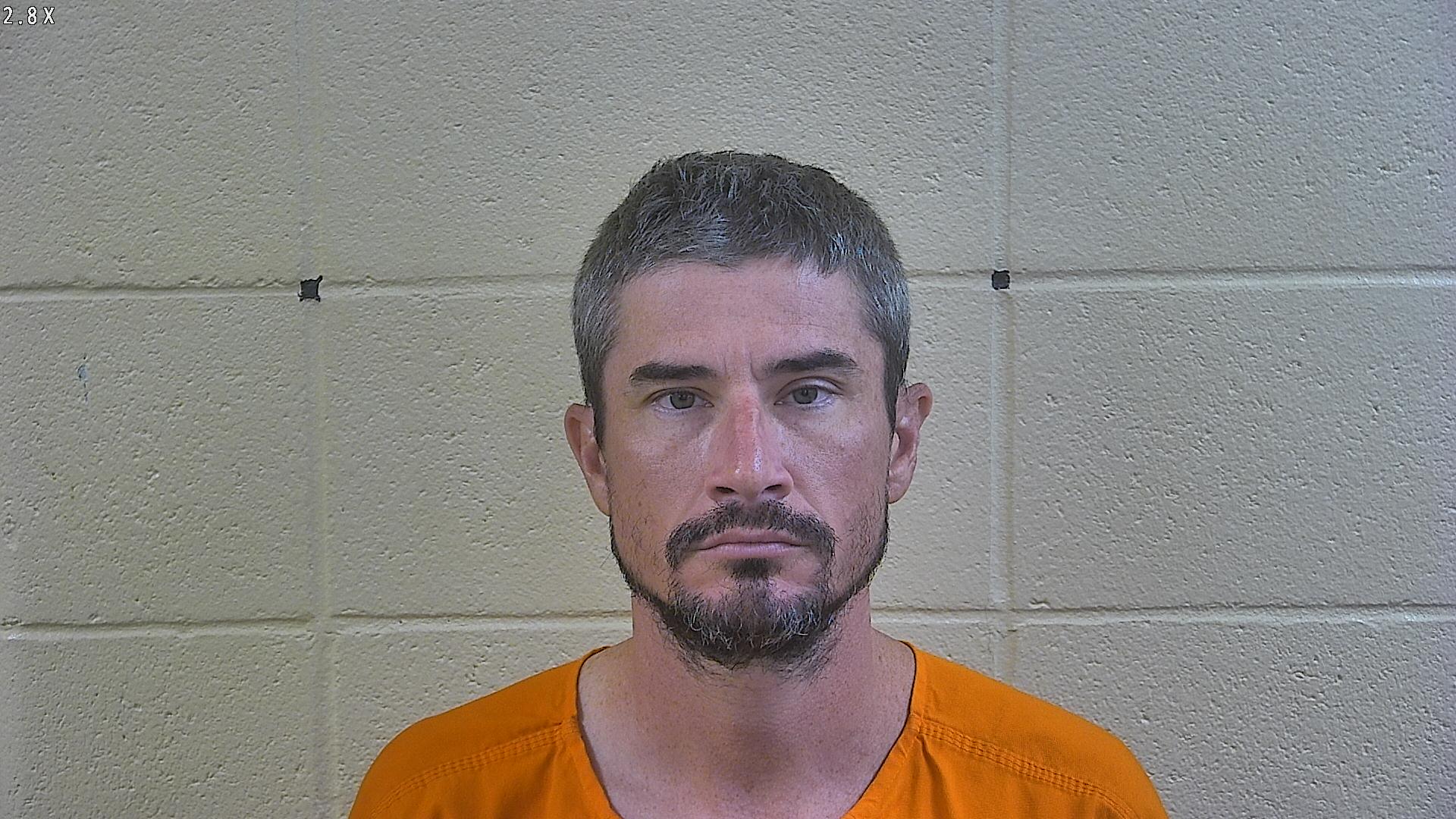 Dubois Co. – A Louisiana man who stole a van led police officers on a miles-long, high speed chase Tuesday morning. Continuing after running over stop sticks, he was eventually apprehended without incident near the Patoka River in Jasper. He has been charged with numerous felonies.

William A. Tatum, 38, West Monroe, La., fled on foot after crashing the van and was tracked by Dubois County Sheriff’s Office K-9, Chase.

The incident began Tuesday morning when Dubois County Sheriff’s deputies were dispatched to a possible stolen white transit van, according to a police report. The vehicle traveled from Interstate 64 onto State Road 162. Deputies located the vehicle and activated their emergency lights.

The vehicle continued northbound on SR 162, failed to stop, and traveled into the Jasper city limits. Jasper City Police deployed stop sticks, which the vehicle drove over.

The driver went on, increasing his speed to as high as 100 miles per hour in a 45mph zone during the busy morning traffic.

The report notes the driver was traveling recklessly, going left of center multiple times. At one point, the van traveled into the opposite lane, causing drivers to veer off the road in order to avoid a collision.

As he continued westbound from 3rd Avenue and Newton Street, the driver continued to exceed the speed limit, traveling behind Jasper Group and into the grass, then crossing 2nd Street into the ACK Inc. gas station lot. The driver ran over a temporary fence and T-post before crashing into railroad tracks and coming to a stop.

The driver, later identified as Tatum, jumped out of the van and began running southbound on the railroad tracks, eluding officers. Dubois County Sheriff’s Office Sergeant Clint Gogel and his K-9, Chase, were called to track Tatum. A witness told police he saw the suspect running towards EHH Trucking.

Police located Tatum ducking down between two trailers. He did not follow commands to stop and get on the ground and the chase continued.

The man then stopped, placed his hands in the air and got on the ground. Deputies placed him in handcuffs and transported him to the Dubois County Security Center where he was booked in on the following charges:

–Resisting law enforcement with a vehicle

–OWI with a metabolite

All charges are merely allegations and all suspects are considered innocent unless and until proven guilty in a court of law.