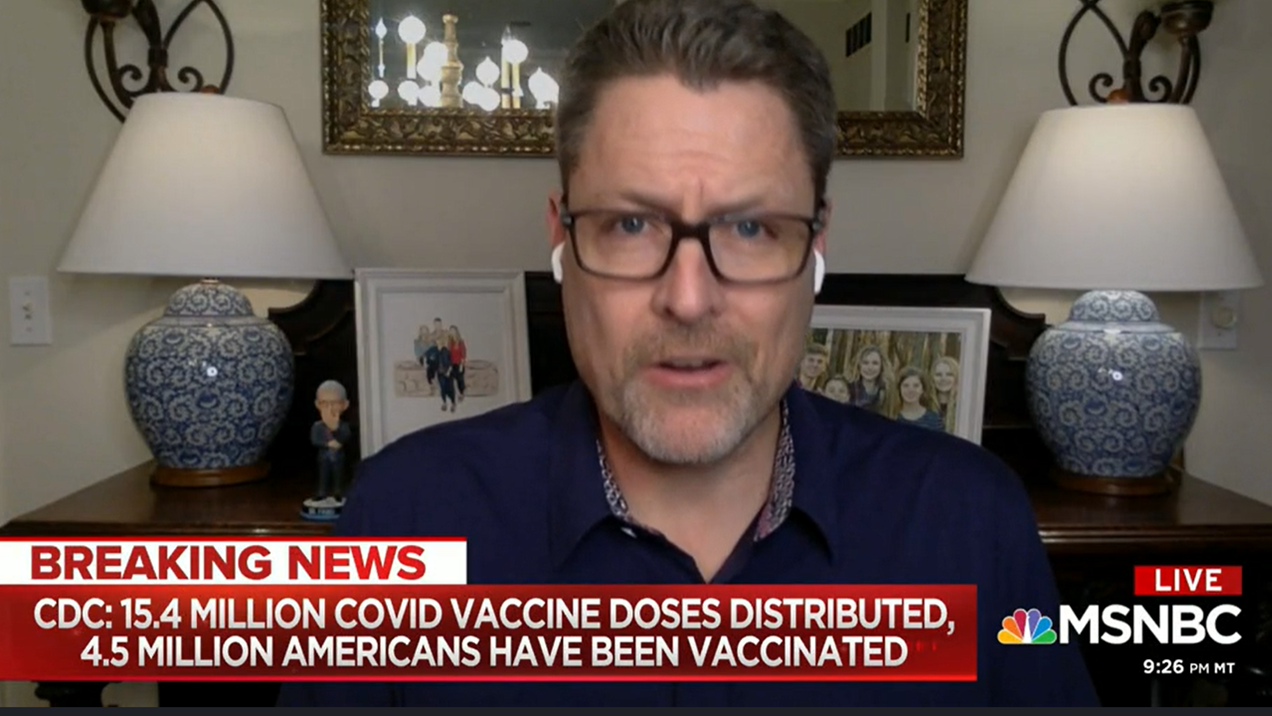 JASPER -- The situation in Dubois County is "dire," according to Dr. Stephen Sample from Memorial Hospital in Jasper.

He appeared last night on MSNBC’s 11th Hour with Brian Williams.  The local doctor gave the nation an update on how our county is doing and the news wasn’t good.

"The situation has been pretty dire in my town [Jasper] and in my hospital [Memorial Hospital in Jasper]," Sample told a nationwide audience.  "

And the local doctor said the size of our community is impacting how hard we are feeling the hits that seem to just keep coming.

"My little town of 15,000 people has had 18 deaths recorded in the last eight days and we had nine from Friday until [Monday].  That doesn't sound like much with the numbers we're talking about nationwide with 350,000 dead but our city is the size of some neighborhoods in the suburbs of some of the bigger cities.  These people know each other.  They live amongst each other and, it's getting pretty dark around here."

And there’s the issue of that variant strain from the UK. Health officials warn it spreads faster and easier than the original COVID-19 strain.

Dr. Sample was asked if he thought THAT would get people’s attention, ow that we have confirmed cases of the variant here in the United States.

"Man, it better," Sample replied.  "Every story that I've read about our [variant] surveillance in the United States is that we are near the bottom of the world in surveilling for it.  So, I'm kind of hoping it's already been here and it's widespread because there are so many communities out there right now that can't take a virus that is 50% - 70% more infectious."

Dr. Sample was one of the first people in Dubois County to receive the new COVID-19 vaccine recently.  We’ll hear from him on that tomorrow on WITZ Radio News and here on witzamfm.com.