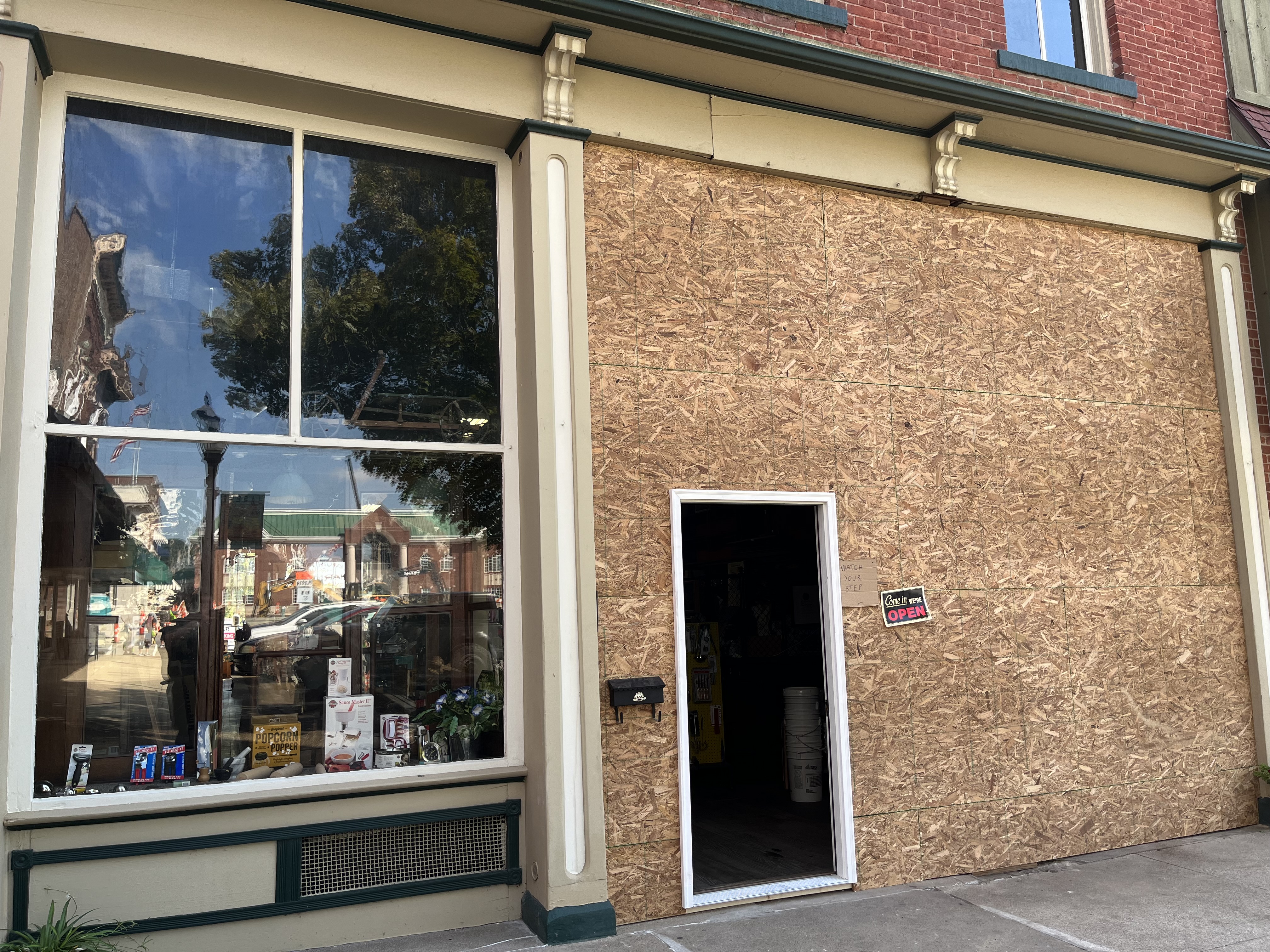 Jasper- On Monday morning, a pickup truck did not stop at the curb and end up crashing through the front of Sturms Hardware.

A business that had stood for nearly 130 years, now has to plan for reconstruction of the building that is on Indiana’s historic registry.

“Sharon (Messmer) was crying the whole time,” said Bernie Messmer, one of the owners, “It’s her family business. It’s been in her family for 127 years now, since 1895.”

According to a police report, the driver, Agatha Hasenour thought she had hit her brake pedal when pulling into the parking area in front of Sturms but instead hit the accelerator. How fast she was going when making contact is unknown.

Even as reconstruction goes on and plans are being formed, Sturms will remain open to provide service to the people and visitors of downtown Jasper. The rear entrance off 5th street in Jasper remained unscathed by the accident, while the front is boarded up with plywood until reconstruction can begin (See Photos).

“We are open. I was open yesterday (Monday) when we were working,” Said Jason Messmer.

Work on the reconstruction is being done by Schroering Construction. A timetable is currently unknown.

“I want to say it was very unfortunate what happened to Sturms as far as that vehicle running into their building, but on the other hand we can be very thankful that they were not there and were not in their usual places toward the front of the building. So sometimes there are good things that happen out of a bad thing. Also I stopped in there yesterday (Tuesday) and their son, Jason, was cleaning up and trying to get things back in order again. Also their construction people had been there right away and helped board up the front so everything is safe and sound. We do want to make sure people remember Sturms is there even though they are boarded up in front. They are open for business. Now would be a good time to stop in and let them know how much we appreciate them, having their historic building and their business in Jasper. Just give them some support and assurance that the community is backing them for many years to come.”

Other damages in the incident included a parking sign being removed from the concrete and a light pole suffering minor damage. The pickup sustained front end damage, totaling to $1,500 according to a press release.

Sturms is open and wants to remind visitors and guests to watch their step when entering off the square into their building as there is a lip. 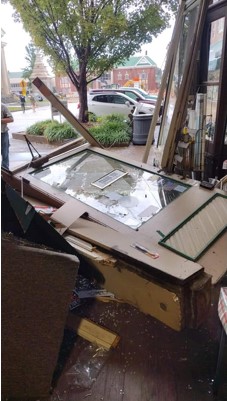 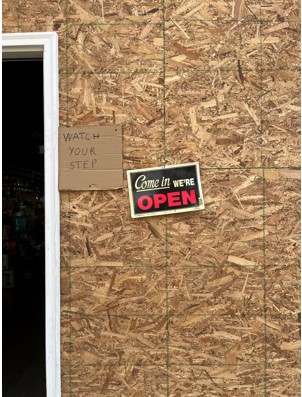 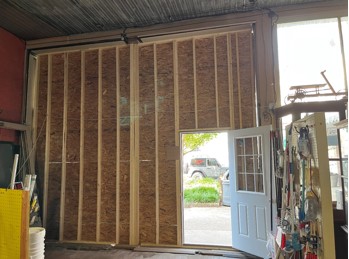