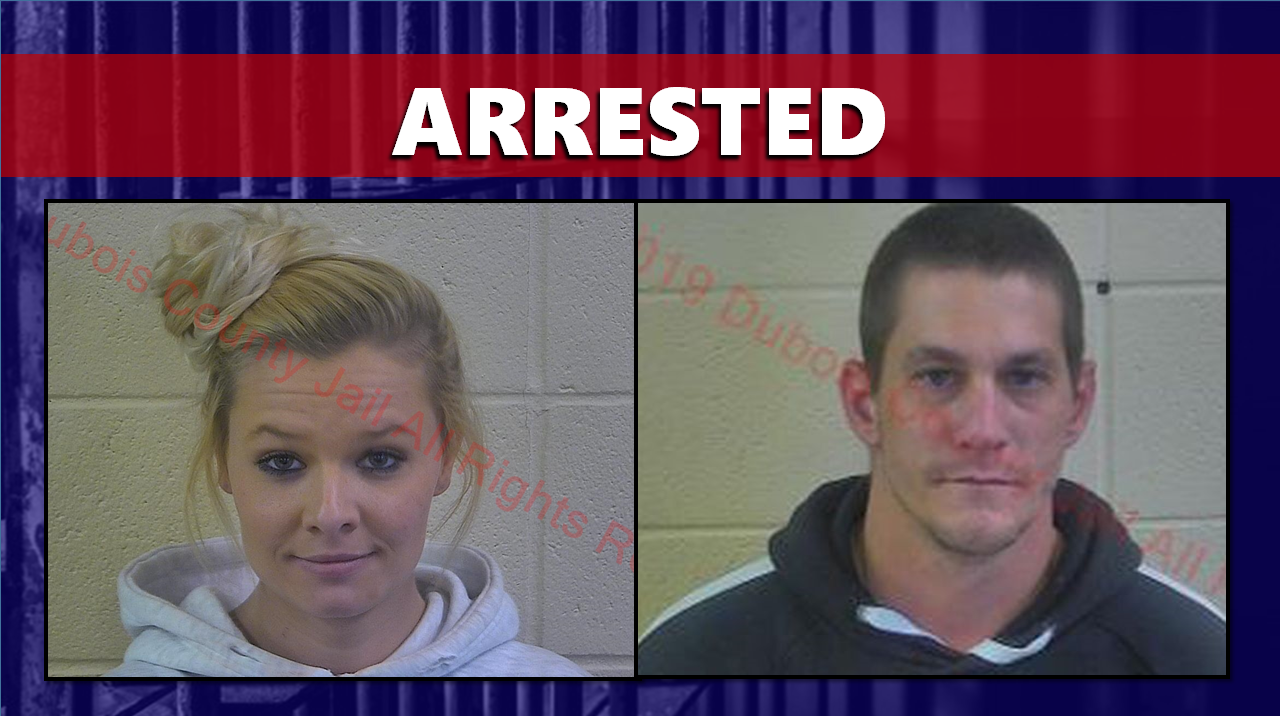 JASPER -- A Jasper woman was arrested over the weekend after police say she stole items from Walmart and led police on a short foot chase.

It all began early Sunday morning when Walmart employees allegedly saw 23-year-old Jessica Adams stealing over $1,000 worth of items from the store.

She fled the scene and got into a car driven by 31-year-old Mathew Cronin of Tell City.  Police stopped that vehicle near the intersection of Newton Street and Baden Strasse.

That’s when police say Adams fled on foot.  She was apprehended a short time later.

Adams also had active warrants for neglect of a dependent, contributing to the delinquency of a minor, and possession of salvia.

The male suspect had an active no trespass order from Walmart properties.  He’s charged with Criminal Trespass and driving while suspended.