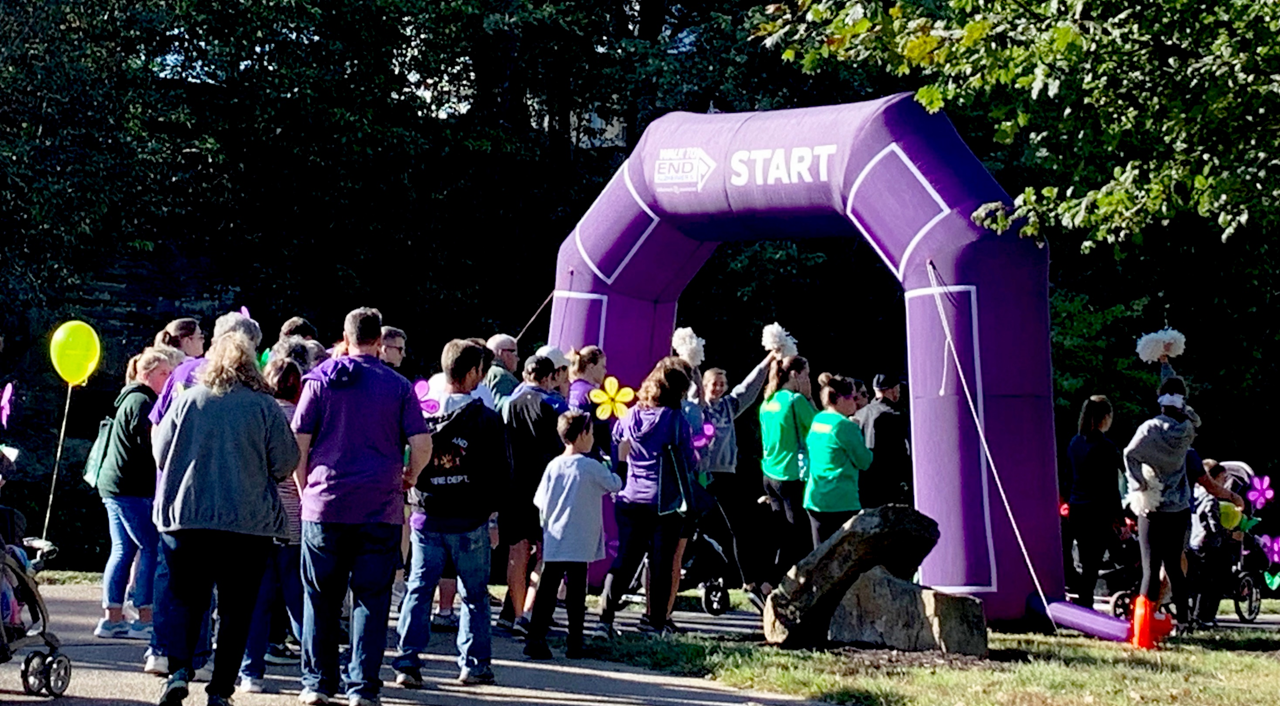 JASPER -- Close to 350 residents from the Tri-County area joined the Alzheimer’s Association Walk to End Alzheimer’s in the fight to end Alzheimer’s disease on September 29 on the Jasper Riverwalk. Participants raised nearly $63,000 to fund Alzheimer's care, support and research programs and Spring Valley Meadows was the top fundraising team at this year’s Walk, raising $8,000.

Director of development for the Alzheimer’s Association – Greater Kentucky and Southern Indiana Chapter, Sommer Lally, stated, “Walk to End Alzheimer's is the world's largest event to raise awareness and funds for Alzheimer's care, research and support. These generous donations not only help continue research into a cure, but they also provide local programs and services for families in our community. No one should fight this disease alone. And they don't have to. We're here to help, whether it's through a support group or our 24-hour Helpline."

Walk participants did more than turn in their fundraising dollars and complete the two-mile Walk route. They learned more about Alzheimer’s disease and how to further get involved with this critical cause; from advocacy opportunities and clinical studies to support programs and other services. The event also included an emotional promise garden ceremony – a tribute to those who have experienced, or are experiencing, Alzheimer’s in their lives.

In Indiana alone, there are more than 110,000 people living with the disease and 340,000 caregivers.  In the United States, more than 5 million Americans are living with Alzheimer's disease, the sixth-leading cause of death in and the only disease among the top 10 causes that cannot be cured, prevented or even slowed. Additionally, more than 16 million family and friends provide care to people with Alzheimer’s and other dementias.

Even though the 2019 Walk is over, we are still accepting donations through the end of the year to benefit it at http://act.alz.org/tricounty2019.