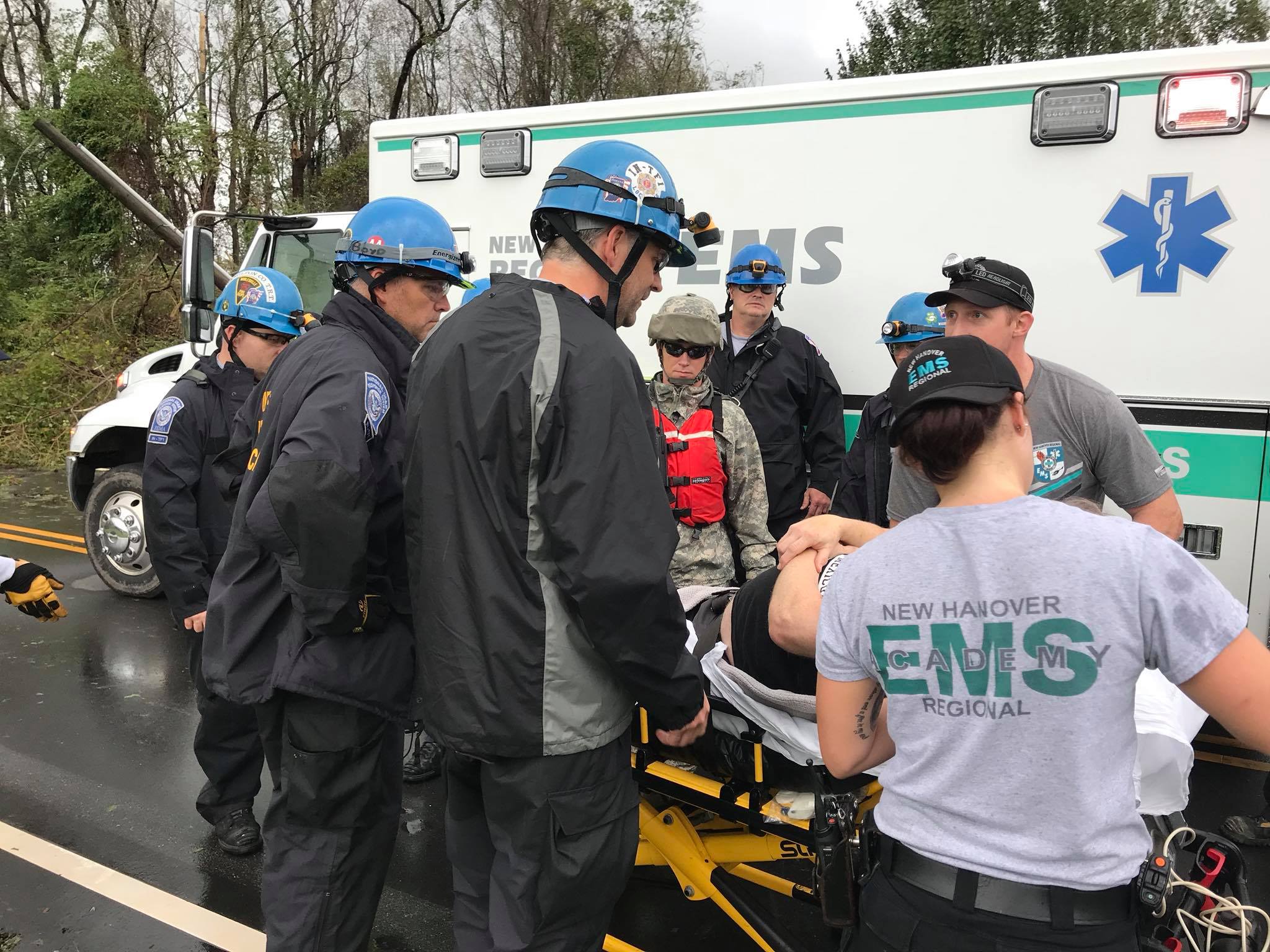 NEW HANOVER COUNTY --If you want to know why Indiana's recuers are needed in North Carolina, you can check out Task Force 1's Twitter page. Spokesperson Mike Pruitt said the team has rescued over 100 people, and that includes old and young people, and even animals.

The team was worker in New Hanover County, N.C.

Several videos and photos showed the team working through the night, rescuing people by boat, as the flood waters rise. Some pics show them laid out on the floor at their base of operations. They didn't get finished with that rescue mission until 7 a.m. Sunday.

"It was one of the scariest sites I have seen in my 35 years in public safety," said Pruitt.

"Hoosiers should be extremely proud of this team as they approached the flooding with great professionalism and skill as they went back into the flooded neighborhoods time after time pulling the elderly, children, parents, dogs and cats from a very grave situation," he said.

He said the team was waiting Sunday on their next mission. At least 19 states had sent elite rescue teams to help out after Hurricane Florence.

"We completed operations at 7:00 am this morning and returned to our base of operations where team members were able to take their first shower and eat a prepared meal in 5 days. We had been living on Military MRE’s. We are tired but ready to help at a moments notice."