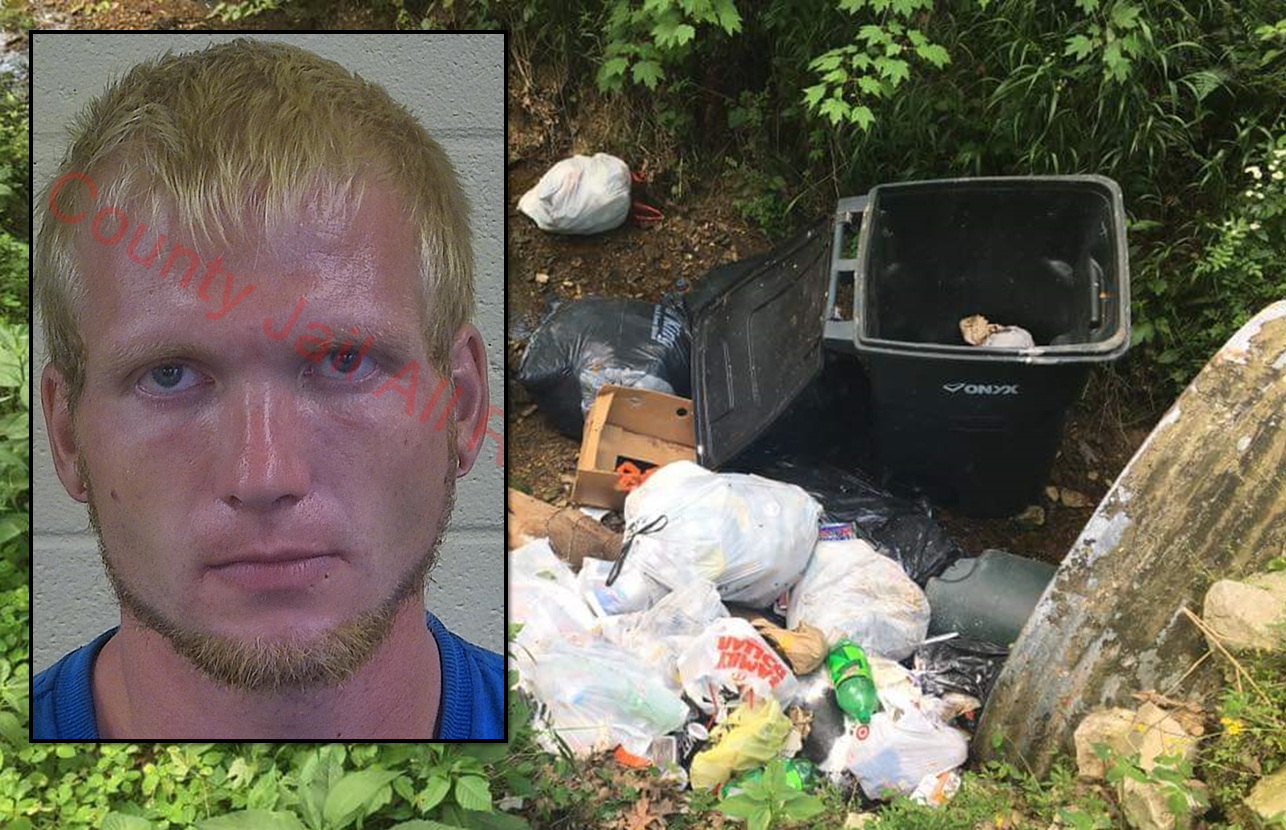 DUBOIS COUNTY -- A Huntingburg man was arrested over the weekend following an investigation into illegal dumping on private property.

Conservation officers allege 27-year-old Andrew Masterson was removing trash from a property in exchange for scrap metal.  The property owner told investigators he believed the trash was going to the landfill.

In all, officers say Masterson dumped around 40 bags of trash in multiple locations.

Investigators also say Masterson was driving on a suspended license with false plates to dump the trash.