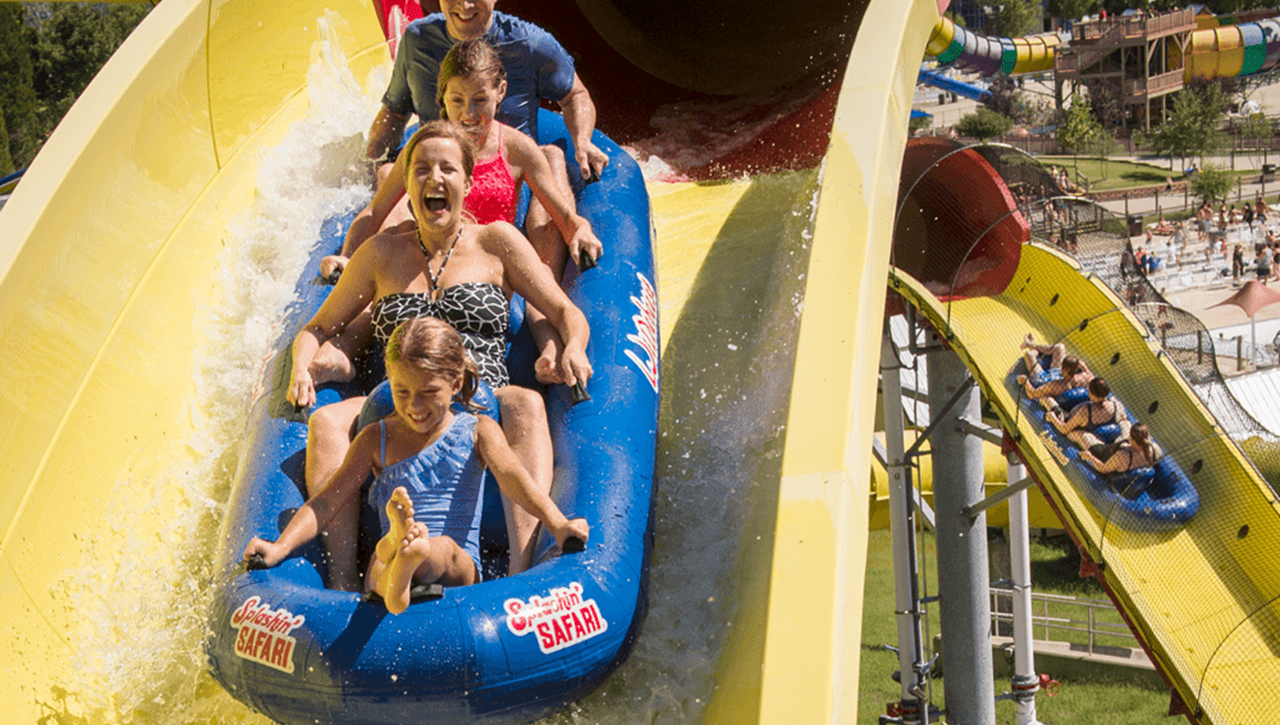 For the tenth year in a row, Holiday World’s Wildebeest water coaster was named the World’s #1 Water Park Ride. This top honor was announced by Amusement Today magazine, which presented the results of its annual survey of the “best of the best” in the amusement park industry during Saturday evening’s Golden Ticket Awards ceremony. In addition, the park’s Mammoth water coaster was named the #3 Water Park Ride, and Splashin’ Safari claimed the #3 Water Park spot.

“We were proud when Wildebeest won this award in its first year,” says park president Matt Eckert. “After 10 years of being the #1 water park ride in the world, we’re blown away. Wildebeest is an award-winning water coaster, Mammoth is a record-breaking water coaster, and in 2020 Cheetah Chase will be the first of its kind. This honor solidifies that Splashin’ Safari is going to be the Water Coaster Capital of the world.”

In addition, Holiday World’s top wooden coaster, The Voyage was voted the #2 wooden roller coaster in the world, up from #3 last year. The Legend and The Raven both ranked in the top 30 as well.

“Holiday World and Splashin’ Safari is really an amazing story,” said Tim Baldwin, Golden Ticket Awards Communications Coordinator, Amusement Today. “For being a family-owned park in a small Indiana town, it has grown into a global legend.”

Baldwin added, “Not only has Wildebeest now presented a full decade of dominance as a Golden Ticket winner for Best Water Park Ride, but the fact that the park is a finalist in five categories speaks toward great decisions the park has made for entertaining its audience. It was no surprise to see the park rate so highly in our new category, Best Guest Experience. With friendly hosts, a clean park and solid operations, a visit to Holiday World & Splashin’ Safari is exactly what a family could hope for when taking a day off.”

Amusement Today is an international monthly trade journal for the amusement and water park industries, based in Arlington, Texas. The Golden Ticket Awards are determined by surveys submitted by well-traveled park enthusiasts from around the world.

Holiday World & Splashin’ Safari will be open to the public next Saturday, September 14, and will be closed for a private event on September 15. Happy Halloween Weekends begin September 21. New in 2020 will be Cheetah Chase: the first launched water coaster in the world. For more information, visit HolidayWorld.com or call 1-800-467-2682.