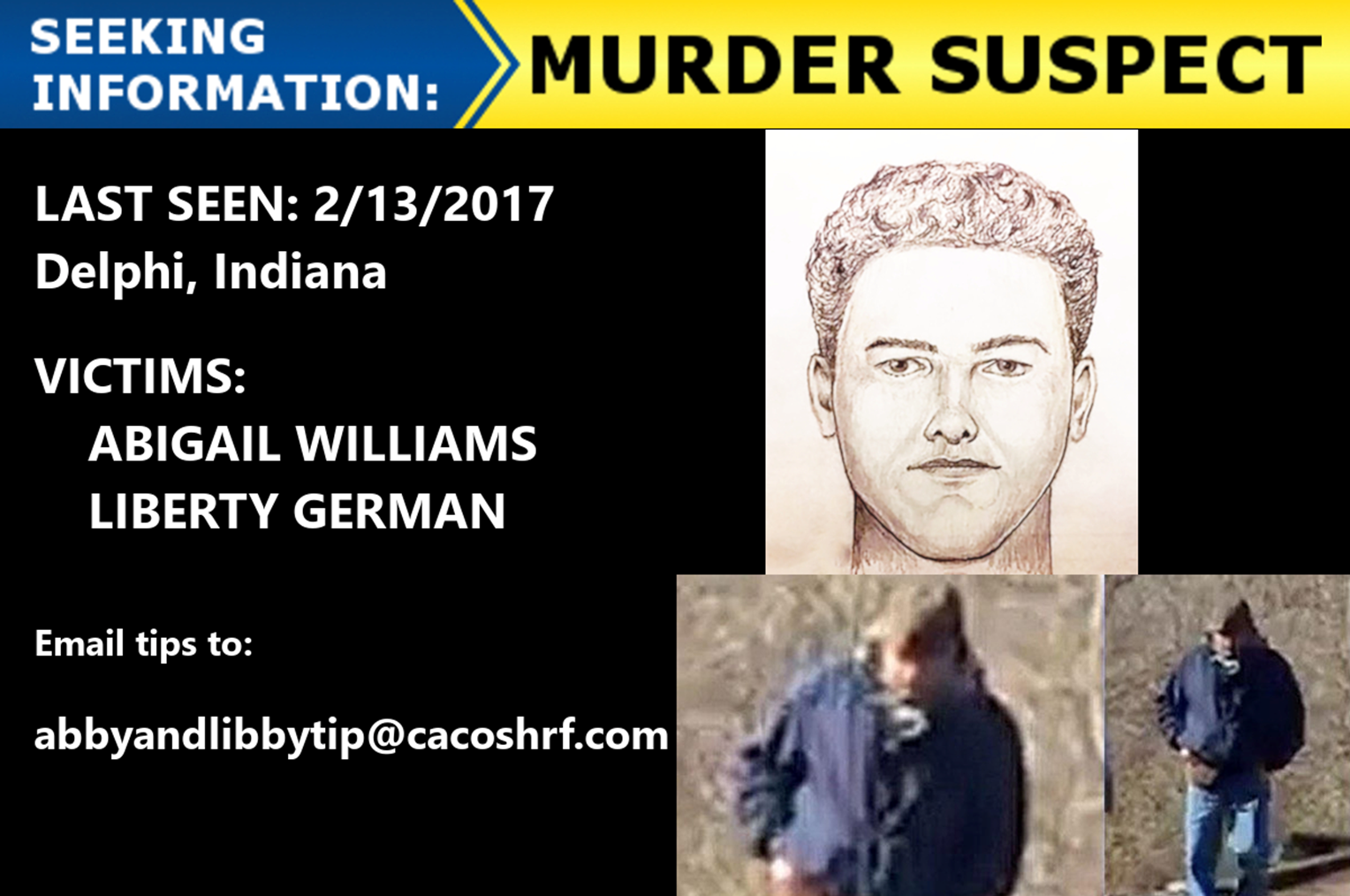 From ISP
STATEWIDE --    Indiana State Police Superintendent Doug Carter spoke with members of the Delphi community and interested media to share the change in direction of the Delphi double murder investigation of Abigail (Abby) Williams and Liberty (Libby) German.
This investigation has been ongoing since the discovery of the girls bodies, the early afternoon of February 14, 2017, in a wooded area near the Delphi Historic Trail, about a half mile upstream from the high bridge.
Today, a new sketch of the suspect, appearing to be in his mid-twenties to mid-thirties and believed responsible for the murders of the girls, was shared with the Delphi community and media. As the investigation has progressed, information has been continuously reviewed and examined and this sketch more accurately depicts the face of the suspect from the video recorded on Liberty German's cell phone while she and Abigail were on the High Bridge.
Also shared with the Delphi community was more of the audio, as well as previously unreleased video from Libby's phone.  The sketch, audio and video footage can be viewed at this Indiana State Police website link: https://www.in.gov/isp/delphi.htm

As Superintendent Carter said today, "We have a witness. You made mistakes. We are coming for you and there's no place for a heartless coward like you to hide that gets his thrill from killing little girls."

This investigation has been a priority of the Multi-Agency Task Force since the first day of the investigation and will continue to be a priority for all participating law enforcement agencies.