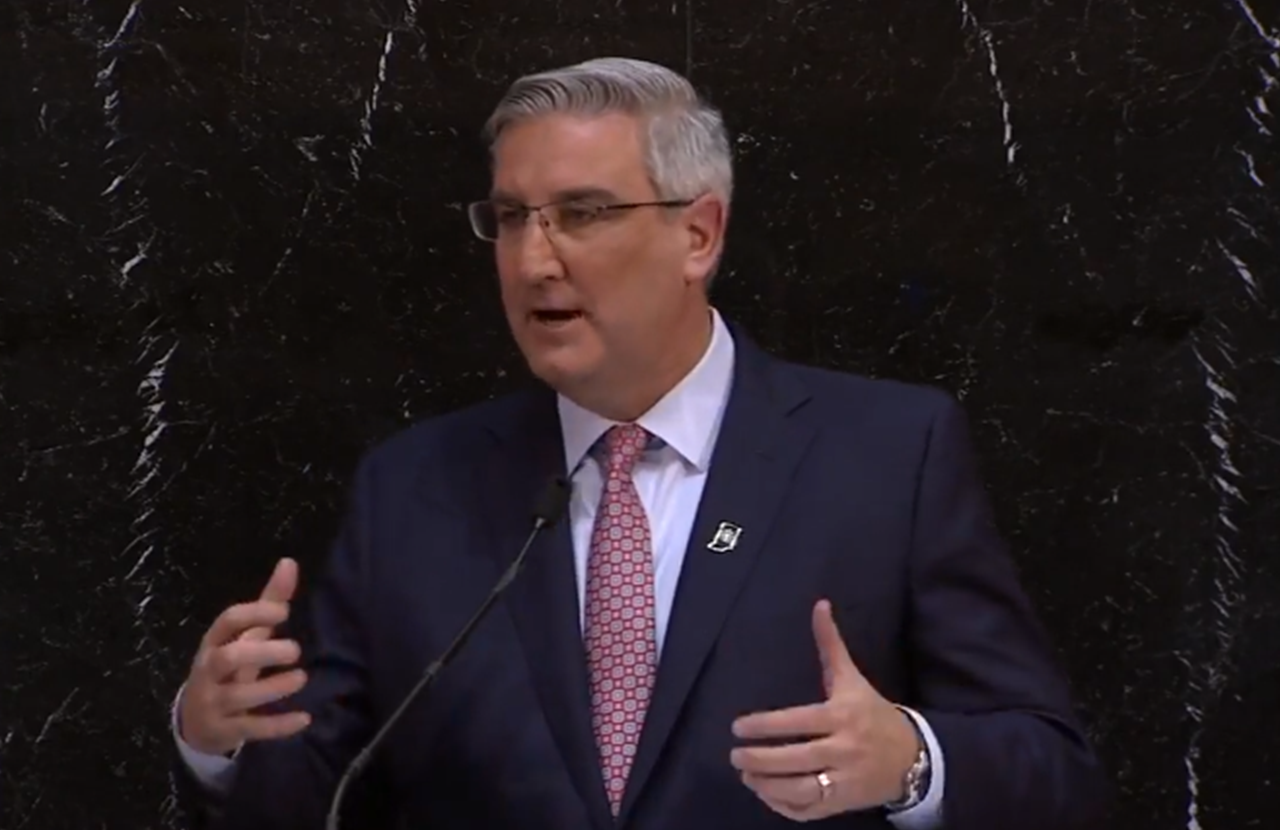 Holcomb announced in his State of the State address he'll seek 150-million dollars to cover the last unfunded liability in the Teachers' Retirement Fund. That would reduce local school districts' payments into the fund, and save them 70-million dollars a year in the upcoming two-year budget. Holcomb says he'd like to see schools use the entire windfall to boost teacher pay.

If all the money went to teachers, it would raise salaries about 12-hundred dollars. Holcomb's proposed two-year budget increases total school spending by two-percent a year. And House Republicans are advancing a bill telling schools to limit non-classroom spending to 15-percent of their budget, or explain in writing to the state why they're not.

Holcomb says Michael L. Smith, the former C-E-O of the Mayflower moving-van company, will lead a five-member commission to locate and recommend additional ways to pump up salaries more in time for the 2021 budget. The panel will assess how much salaries need to go up to be competitive with surrounding states, and look for both new sources of money and more efficient ways to spend existing dollars.

In his third State of the State address, Holcomb declared, "Indiana is on a roll," pointing to the state's low unemployment, expanding tech sector and foreign investment, and strong home sales.

Holcomb made a personal plea to pass a hate crime law. He's said the state's status as one of just four without a hate crime law is a handicap for economic development efforts. But he told legislators, "At heart, this has to do with people's dignity and how we treat one another." He says the state needs to push back when violence seeks "to instill fear against an entire group."

Holcomb made the case for the 300-million-dollar boost in child welfare spending included in the budget he submitted to legislators last week. He noted that last year's State of the State came at the start of an independent review of the Department of Child Services, triggered by the angry resignation of director Mary Beth Bonaventura. Since the release of that report's recommendations in June, Holcomb says a pay raise for caseworkers has reduced turnover, and says the agency is seeing fewer children reenter D-C-S supervision after their cases are closed. But he says the state needs to maintain the additional financial support to ensure progress continues.