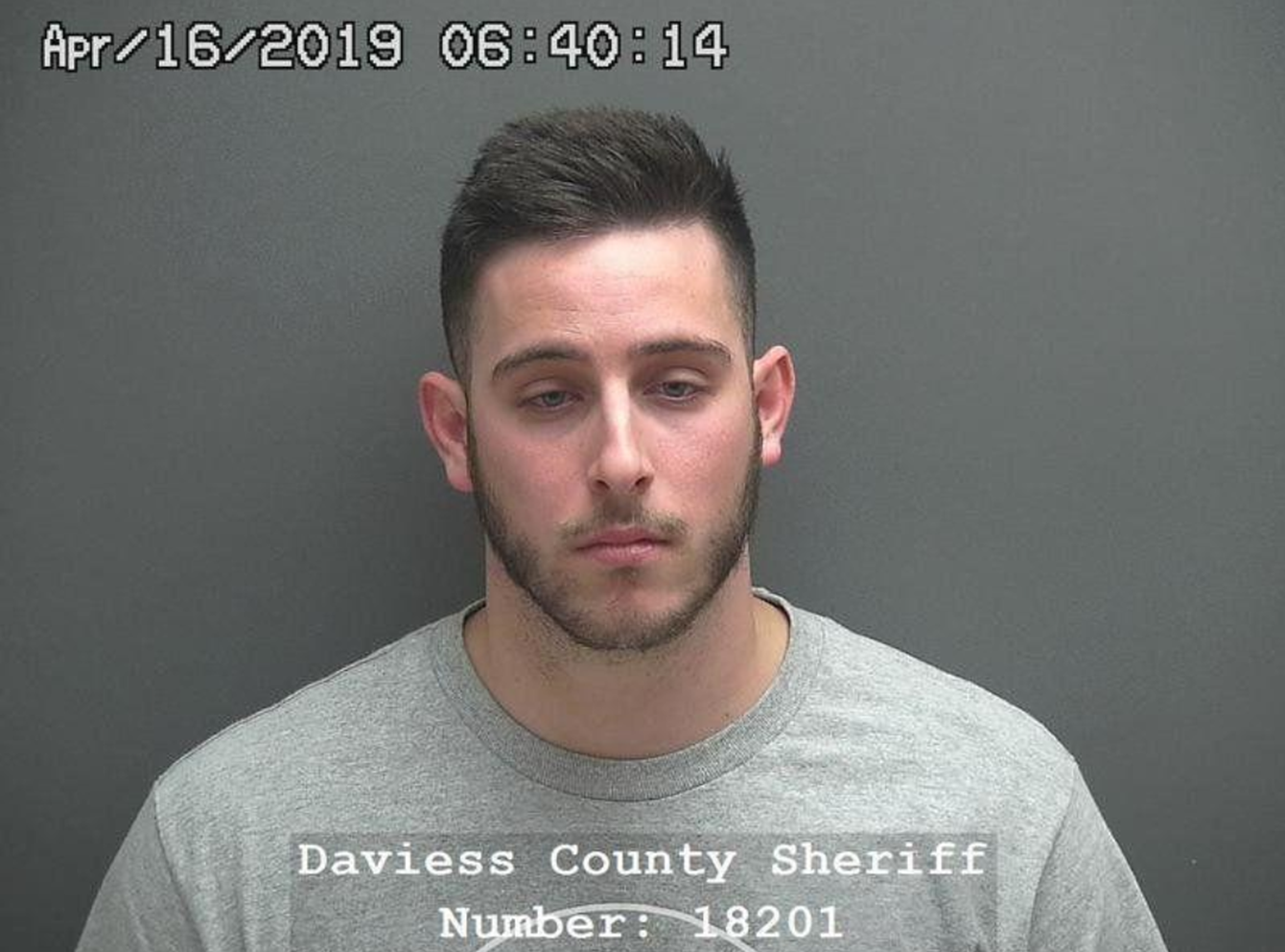 From The Washington-Times Herald
WASHINGTON -- A man who worked as a Daviess County dispatcher and reserve officer is in jail on sex charges, stemming from alleged events that took place while he was a volunteer girls soccer coach at Washington Catholic, according to the Washington-Times Herald.
The Daviess County Sheriff's Department reports Terry R. Hill Jr., 23, Washington, surrendered at the Daviess County Security Center Monday evening. He was formally charged with one count of rape, three counts of sexual misconduct with a minor and one count each of child solicitation and sexual battery. Hill, also known as T.J., spent Monday night in jail before posting $500,000 bail around midday Tuesday.
The Washington Times Herald has learned that the charges stem from alleged events that happened while Hill was working as a volunteer girls soccer coach at Washington Catholic.

"I cannot comment because the case is still under investigation," said Washington Catholic Middle and High School Principal Karie Craney, who referred inquiries to the Evansville Diocese.

"The case is open," said Evansville Diocese Director of Communication Tim Lilly. "We won't comment on any pending cases. Neither the Diocese or school will have anything to say on a case that is pending."

Hill had spent the last two years working as a dispatcher for the Daviess County Sheriff's Department but had been suspended for the last several weeks.

Hill is also no longer a reserve officer for the city police department.

"It's a sad situation," said Washington Police Chief Todd Church. "When we first heard the allegations we were in disbelief, but when we were told about them on March 6 he was immediately removed from the list of reserve officers."

Church says his department has no details on the case.

"Our officers were not involved in the investigation," he said. "He had been working as an unpaid volunteer but he had also applied for a full-time position."