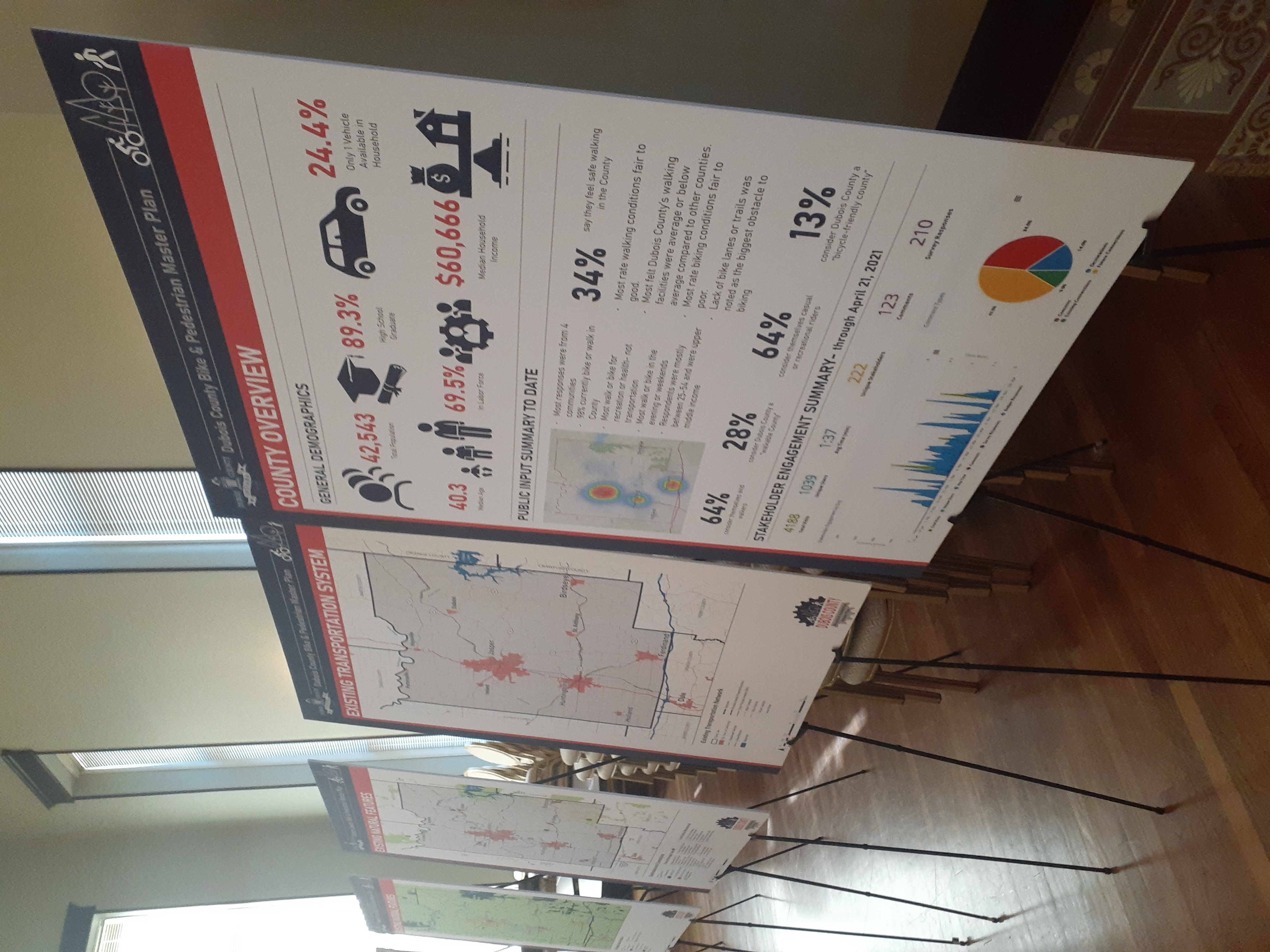 Taylor Siefker Williams Design Group has been tasked with connecting parks, trails, and ultimately communities of Jasper, Huntingburg, Ferdinand and the rest of Dubois County.

Luckily, Ron Taylor, Principal of Taylor Siefker Williams Design Group, says, there is already an existing network to tap into.

“There are some significant park lands in different parts of several of the different communities that have really strong walking networks and lots of people biking and walking on those trails,” Taylor said. “So if you are able to connect up to some of those facilities, then suddenly that walking experience extends beyond that park. That was a really important aspect of everything that we were trying to do.”

Among the number of parks and trails mentioned by Taylor were Niehaus Park in Huntingburg, the Parklands in Jasper, the Jasper River Park, 18th Street Park in Ferdinand, and Holland Park.

The group has looked at a varied number of options, including: adding bike lanes and signage to existing county roads, creating new bike and pedestrian trails, and possibly repurposing decommission train tracks.

If the current plan were to be finalized, the group would estimate 275 miles of new paths and trails with a price tag of $65 million. Though, Taylor says, both of those numbers may be on the high side.

“I would consider those a very high-level planning number, both in terms of the miles and the cost, because quite simply were are still in a county scale looking at broad lines on a map,” Taylor said. “At this point the whole purpose of having those goals, numbers, is to give the county and jurisdictions sort of an expectation of what types of levels of funding are they going to start thinking about raising.”

In January 2021, the county and communities within were awarded a Bicycle and Pedestrian Master Planning Grant from the Indiana State Department of Health. The Taylor Siefker Williams Design Group hopes to finalize a plan in July.