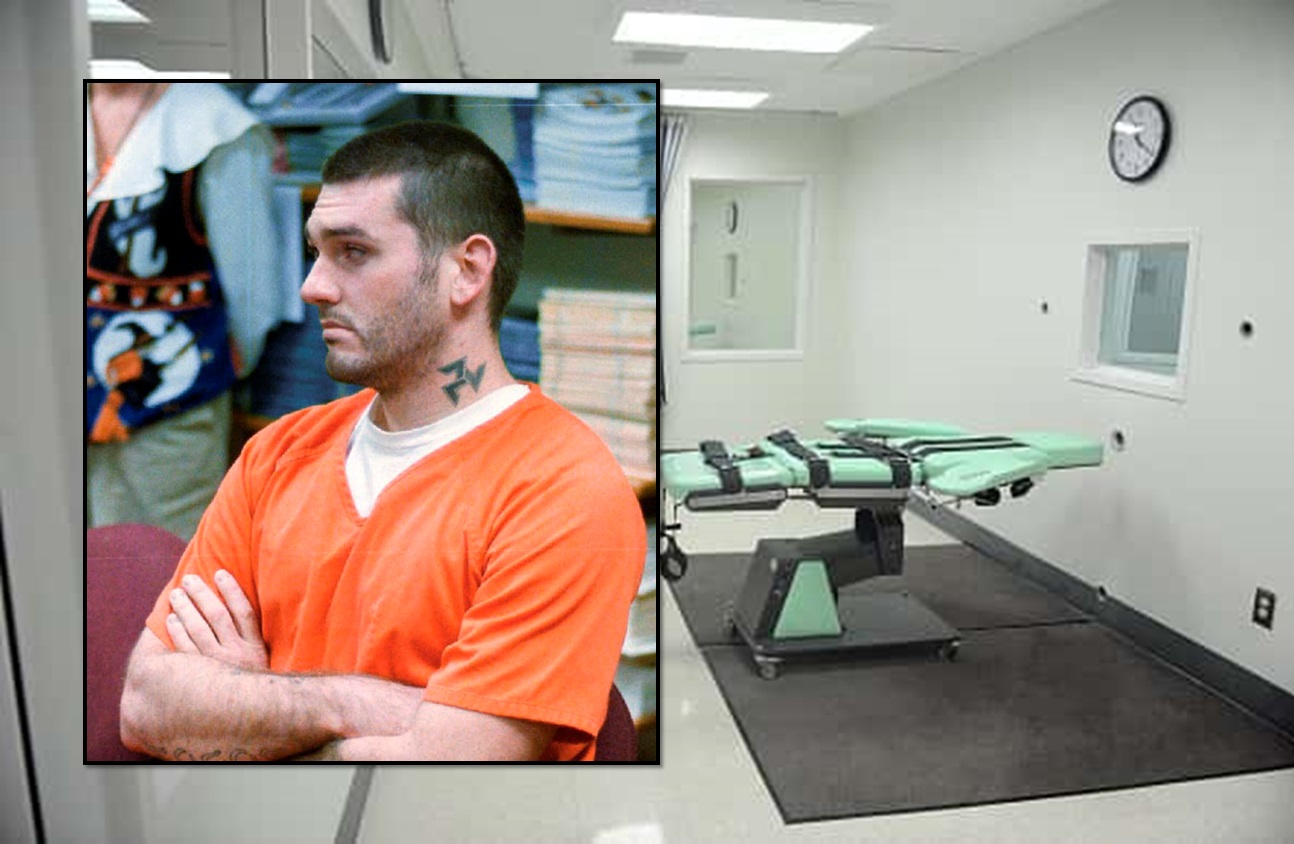 FROM LOCAL SOURCES
UPDATED: TERRE HAUTE --Daniel Lewis Lee became the first person to be executed by the federal government in 17 years. The time of death was 8:07 a.m.

Lee was convicted in the 1996 killing on a family in Arkansas, including an eight-year-old girl.

The fight to keep Lee alive ended with a 5-4 decision by the U.S. Supreme Court, saying the people who were arguing to keep the execution from happening did not have an argument that would hold up.

-- With a 5-4 vote made early Tuesday morning, the Supreme Court says the execution of Daniel Lewis Lee can proceed.
Lee, who killed a family in 1996, had been scheduled to receive a lethal injection Monday afternoon, but a court order issued Monday morning by a U.S. District Judge delayed his execution.
Lee, 47, was convicted in the 1996 murders of an entire family in Arkansas, including their eight-year-old daughter.
Two other convicted killers are scheduled to be executed at the federal facility in Terre Haute later this week.
We do not know when Lee's execution will take place.  Stay tuned for further developments.