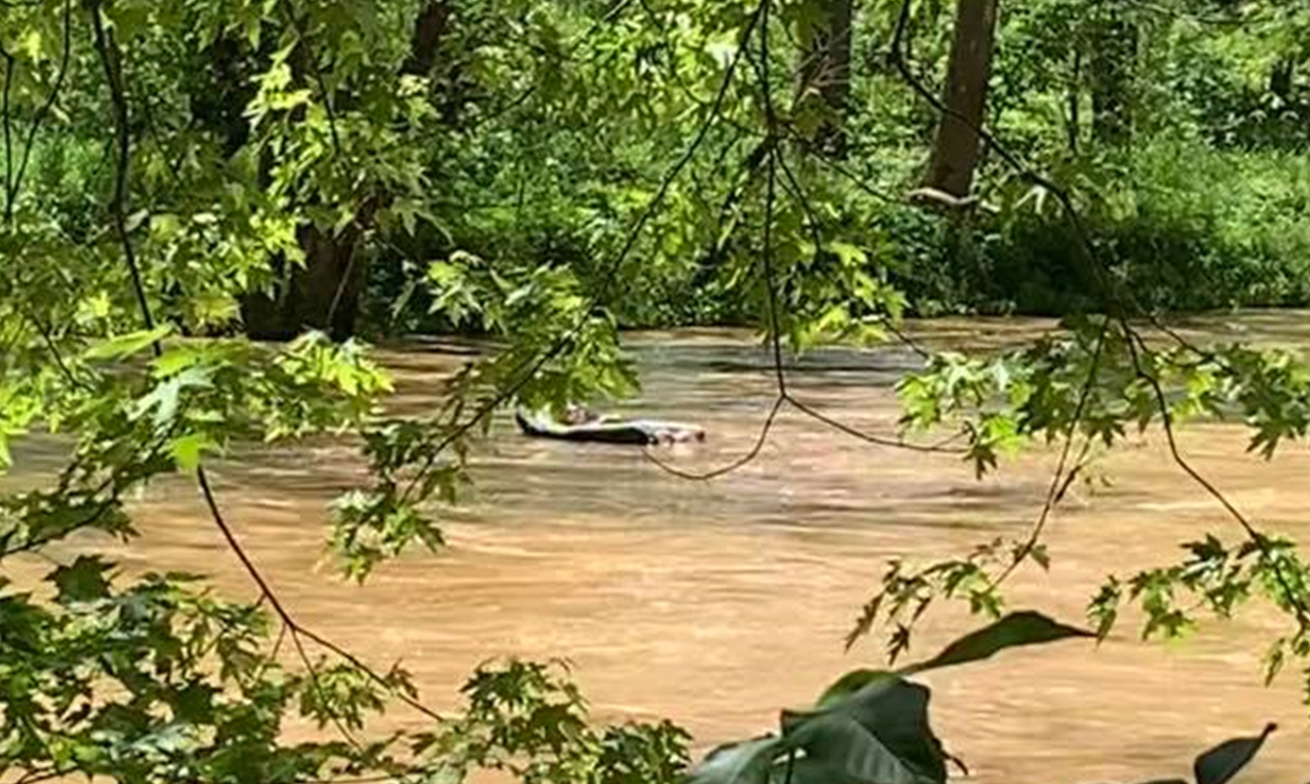 MILLTOWN, Ind. -- A southern Indiana man was rescued from a river, then taken to jail, over the holiday weekend.

According to the Indiana Department of Natural Resources Law Enforcement Facebook page, the man was drunk and passed out on a raft on Sunday. With a bottle of rum in his lap, he floated down the flooded Blue River for more than seven miles.

Officers from the DNR and the Crawford County Sheriff's Department blew whistles to try to wake the man up, but were unsuccessful. The DNR set up a boat and a tag line in case the man were to get too close to the Milltown Dam and prevent him from going over.

However, a sheriff's deputy noticed that the man had washed ashore a couple of miles before the dam, and they were able to rescue him.

After giving him medical evaluation, the man was arrested.