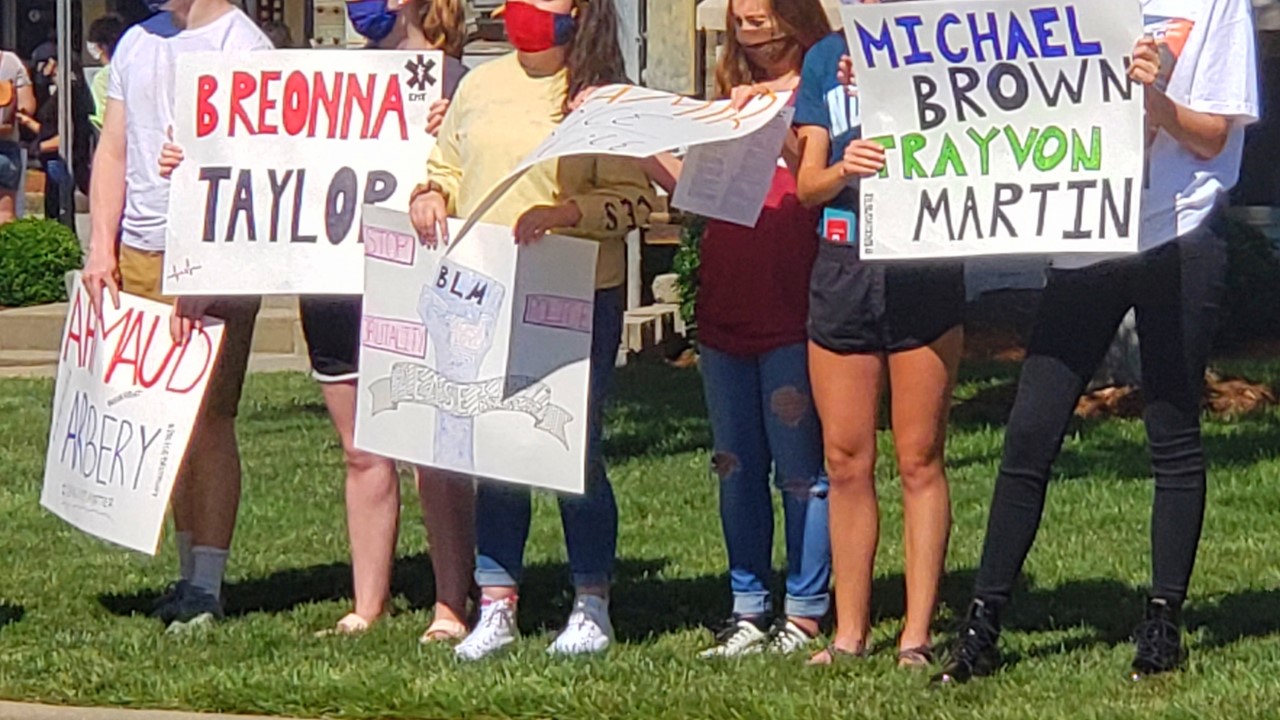 BY: DAVID SHEPHERD, NEWS DIRECTOR
BEDFORD -- Area law enforcement agencies are preparing for widespread demonstrations this weekend following the death of an unarmed black man in police custody in Minneapolis.
Demonstrations are being planned at the Lawrence County Courthouse and other locations in cities like Evansville, Terre Haute and Fort Wayne.
"We are also aware of the many posts on social media regarding real and imagined situations that may or may not arise over the course of this weekend," the sheriff's office said on Facebook Friday. "As of this moment we are not aware of any credible information that would lead us to believe that there is a threat to our Lawrence County communities. We have met with and are coordinating with the organizers of Sunday’s planned demonstration on the south side of the court house."
Police say those citizens have no interest in creating problems for their own community, adding, "While we do recognize and honor the constitutional rights of demonstrators, be assured that any criminal activity will be dealt with in accordance with the law.  This includes counter protestors."

Last weekend, about 200 people gathered for a peaceful demonstration at the Dubois County Court House in Jasper.  It was hosted by One Dubois County.  Group leaders said the demonstrations were to "protest the violence and injustice perpetrated on people of color every day throughout this country."  They  "[stood] in solidarity with the voices calling for justice and an end to the racist systems and policies that uphold this violence."

He continued,  "Please continue to be positive agents for change for your family, friends, neighbors, and community. Let’s continue to express ourselves in a way that encourages change without defacing property or violence. The City of Jasper and Dubois County are great places to live. We are striving to make Jasper a community that encourages everyone to express opinions in a positive and peaceful way."

There are no planned demonstrations in Dubois County this weekend that we are aware of, however, state officials have been warning that impromptu demonstrations could pop up anywhere.